Body with hands and feet bound is discovered in Cancun

CANCÚN — The body of a man tied at hands and feet was found Wednesday morning Aug. 30 in the region 254, Fraccionamiento La Joya, near the intersection of Obsidian Street and Nikté promenade, on the entrance to a dirt road.

Municipal State, Federal and Ministerial police responded to the scene after the body was reported around 1:55 a.m. Wednesday by a garbage collection worker who
passed by the area and noticed the presence of the body. The worker refused to give his name to police for fear of reprisals.

The body was in the dirt path, face down, and was reported to have blows to the eyes, as well as a cut wound in the neck. 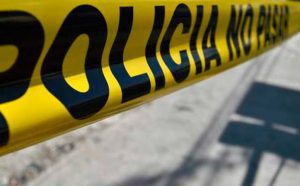 The deceased man was wearing a black t-shirt, with a print on the front with the text ‘made in the nineties’ ‘listening to punk rock’. The subject was approximately 35 years of age, however, it could not be confirmed that he had identification inside his belongings, only a black Samsung cell phone.

The  body was tied with hands behind its back with orange cord. The feet were fastened with brown tape and a belt of blue and white cloth.

This body, which was transported by elements of the Forensic Medical Service (Semefo), so far remains unidentified, and the authorities are waiting for someone to come to reclaim it.