According to the dailystar.co.uk, a huge earthquake has rattled the east coast of Japan on Wednesday September 20 at 2:37 AM local time – just 200 miles from Fukushima Daiichi Nuclear Power Plant.

The 6.2-magnitude tremor is believed to have struck Kamaishi, a city located in the region of Sanriku, which lies on the northeastern side of the island of Honshu.

The quake has a depth of around 10km and struck at 2:37 am local time, according to reports.

In 2011, a 50ft tsunami sparked by an earthquake in the Pacific caused the Fukushima nuclear disaster. 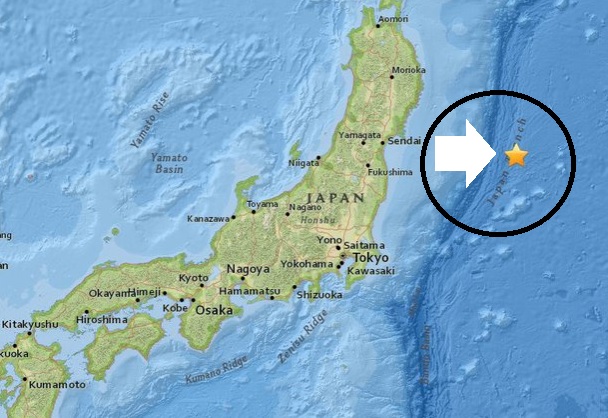 The energy accident at the Fukushima Daiichi Nuclear Power Plant, in Fukushima, was initiated primarily by the giant wave following the Tōhoku earthquake March 11, 2011.

Immediately after the earthquake, the active reactors automatically shut down their sustained fission reactions.

But the tsunami disabled the emergency generators that would have provided power to control and operate the pumps necessary to cool the reactors.

The insufficient cooling led to three nuclear meltdowns, hydrogen-air explosions, and the release of radioactive material in Units 1, 2, and 3 from March 12 to March 15.

The Fukushima disaster was the most significant nuclear incident since the Chernobyl disaster, in 1986, and the second disaster to be given the Level 7 event classification of the International Nuclear Event Scale.

Though there have been no fatalities linked to radiation due to the accident, the eventual number of cancer deaths caused by the accident is expected to be between 130 and 640.