MERIDA — The inclusion of Quintana Roo in the update of the “Travel Alert” issued by the US State Department last week could affect Yucatan because a large number of Yucatecans work in the neighboring state and also it is a place where Yucatan products are marketed, said the president of the Chamber of Commerce of Mérida, Juan José Abraham Dáguer.

Although Yucatan is not included in the new alert, which warns US Citizens of “dangerous” states in Mexico, Abraham
Dáguer said that it is important for Quintana Roo to “quickly” try to remove itself from that list. In addition to providing employment, hotels are supplied by Yucatecan companies, and the manufacturing sector is an important part of that
Tourist state.

“We hope that American citizens will be able to differentiate between an Alert not to travel and a simple sign of being careful, because products such as meat, vegetables and citrus are distributed in the state of Quintana Roo. So if the decline in tourism begins, it could make a domino effect,” he said. 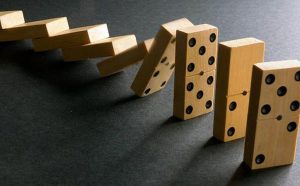 The leader of the merchants considered positive that Yucatan is not among the states indicated, nevertheless he worries that designating a state close to Yucatan could affect it, mainly residents of the east of the State who are hired to work in hotels, restaurants and various services that are offered to tourism.

“Quintana Roo is an important pole of consumption for
Yucatecan companies, and the fact that it is included (in the Travel Alert) is a sign of concern,” he insisted.

For the president of the Canaco the alert issued is “rare”, since it was not prohibited to fly to the seven states on the list, but was only a sign that in those states are risks, so they will be vigilant.

How are tourists coming from the American Union going to interpret the new warning?

Abraham Dáguer expressed the need to carry out a campaign to to counter this indication, indicating the attractiveness of the State and indicating what is being done to improve those conditions; as well as to demonstrate that tourists have had no problems in their stay in Yucatan.