WASHINGTON – Today, in coordination with U.S. and Mexican law enforcement actions, the U.S. Department of the Treasury’s Office of Foreign Assets Control (OFAC) identified Mexican national Raul Flores Hernandez and the Flores Drug Trafficking Organization (Flores DTO) as Significant Foreign Narcotics Traffickers pursuant to the Foreign Narcotics Kingpin Designation Act (Kingpin Act).  In addition to Flores and the Flores DTO, OFAC also designated 21 Mexican nationals and 42 entities in Mexico for providing support to the narcotics trafficking activities of Raul Flores Hernandez and the Flores DTO and/or for being owned or controlled by the Flores DTO, its members, and trusted associates.  This action marks the largest single Kingpin Act action against a Mexican drug cartel network that OFAC has designated.  As a result of today’s action, all assets of the individuals and entities designated that are under U.S. jurisdiction or are in the control of U.S. persons are frozen, and U.S. persons are generally prohibited from engaging in transactions with them.

The Government of Mexico’s Procuraduría General de la República (PGR) seized diverse assets today belonging to Raul Flores Hernandez and the Flores DTO, including the Grand Casino in the Guadalajara area.  This joint action is the result of a multi-year OFAC investigation undertaken in coordination with the Drug Enforcement Administration, Homeland Security Investigations, U.S. Customs and Border Protection, and the Government of Mexico.  This designation is part of a larger collaborative effort with Mexican government agencies, including the PGR and Mexico’s Finance Ministry’s Unidad de Inteligencia Financiera (UIF), to use financial sanctions, among other tools, to disrupt Mexican drug trafficking organizations.

“Raul Flores Hernandez has operated for decades because of his longstanding relationships with other drug cartels and his use of financial front persons to mask his investments of illegal drug proceeds,” said OFAC Director John E. Smith.  “This major joint action reflects the U.S. government’s close cooperation with our law enforcement partners in Mexico to stop the illegal flow of narcotics and to target and expose drug kingpins and those who facilitate their illicit financial networks.”

Although he operates independently, Raul Flores Hernandez maintains strategic alliances with the leadership of Mexico’s Sinaloa Cartel and the Cartel de Jalisco Nueva Generación.  His relationships with the leaders of these drug cartels have allowed the Flores DTO to operate since the 1980s in Guadalajara, Jalisco, and Mexico City, Mexico.  In March 2017, federal drug trafficking indictments were returned in the District of Columbia and the Southern District of California against Flores Hernandez.

Both men have longstanding relationships with Flores Hernandez, and have acted as front persons for him and his DTO and held assets on their behalf.  Also designated today are Mauricio Heredia Horner and Marco Antonio Fregoso Gonzalez for acting for or on behalf of Rafa Marquez.

The 42 entities designated today cross a wide range of industries and services in Mexico, including sports and recreation, health and rehabilitation, restaurants and bars, hospitality and tourism, gambling, and music production.  Several key designated entities include a Mexican soccer club, Club Deportivo Morumbi, Asociacion Civil; the Grand Casino in Guadalajara, Jalisco; Camelias Bar, S.A. de C.V. and Nocturnum Inc, S. de R.L. de C.V., which have run popular bars and restaurants in Guadalajara; a sports rehabilitation center, Prosport & Health Imagen, S.A. de C.V.; and a music production company, Noryban Productions, S.A. de C.V.  Most of the entities designated today are registered in the Mexican state of Jalisco, although two are registered in the state of Sinaloa.  Several entities operate locations/branches in various other states, including Michoacán and Coahuila.

Since June 2000, more than 2,000 individuals and entities have been named pursuant to the Kingpin Act for their role in international narcotics trafficking.  Penalties for violations of the Kingpin Act range from civil penalties of up to $1,437,153 per violation to more severe criminal penalties.  Criminal penalties for corporate officers may include up to 30 years in prison and fines of up to $5 million.  Criminal fines for corporations may reach $10 million.  Other individuals could face up to 10 years in prison and fines pursuant to Title 18 of the United States Code for criminal violations of the Kingpin Act.

For more information on the individuals and entities designated today, click here. 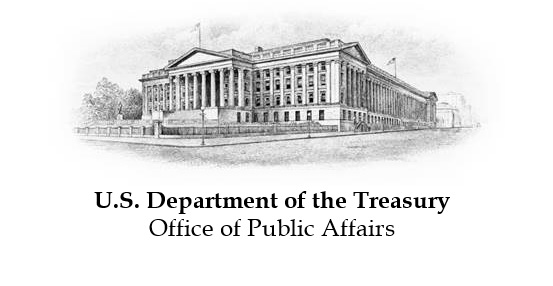