TULUM, Q. Roo — The Yucatan Peninsula’s pristine white-sand beaches play host to scores of palatial villas and boutique hotels, and among them is one with a tale of sinister history.

On a swath of beachfront land in trendy Tulum lies Casa Malca, a posh five-star resort that draws tourists with its sizable collection of contemporary art and hip Instagrammable backdrops. But long before the eco-friendly property was purchased by a New York art collector, it was the reputed hideout of the Colombian king of cocaine, Pablo Escobar.

Though it is difficult to verify whether this was one of the many untraceable properties owned by the billionaire drug lord, locals say Escobar had the home built in the 1980s, and the compound’s bulletproof walls and a tunnel that run between two structures seems to corroborate that story. 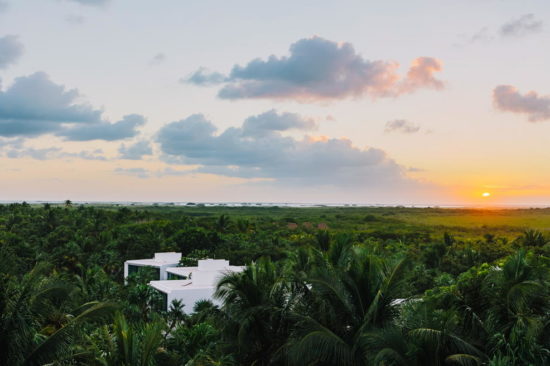 The property sat vacant for years after the head of the Medellin Cartel was gunned down in a shootout with Colombian security forces in 1993. Its latest owner has expanded the hotel to 42 rooms and suites and filled it with art from his private collection, including pieces by Keith Haring, Jean-Michel Basquiat and Kaws.

Among the eye-opening amenities is a steamy underground swimming pool, glowing in blue light, that resonates the opulence and mystery of Escobar’s legend.