This Friday, September 1st, is the official grand inauguration of one of Merida’s newest hot spots for dining, mixology, artisan beers, live music and socializing: Casa Dominga “Barrio Gourmet”. Located on Calle 47 between 52 and 54, just a few blocks away from where Paseo de Montejo Avenue begins in the heart of the Centro, is this modern market eatery whose interior patio consists of 15 different culinary stalls with a covered and ventilated outdoor eating area, a central bar, an open green space with swinging chairs, an upscale indoor lounge called 1906 Bar, and a fine dining restaurant, La Morena Cantina de Antojos. It’s the talk of the town and so far it has received rave reviews from both locals and foreigners alike.

Upon arriving, you can feel the essence of the rich, historic city blend with modern, trendy Merida. Near the entrance to the left is the sumptuous 1906 Bar, a retro-style lounge with high back, cushiony velvet benches, dark gray walls, gold satin stools and floor length curtains. It’s a new concept of bar here in Merida reminiscent of bars from major urban centers such as NYC, Mexico City and Paris. The place emanates a feeling of class and elegance, yet appeals to a crowd with a taste for the latest in DJ house music heard in trendy nightclubs. As I sat in 1906 Bar, sipping a mezcal cocktail of lime, cucumber, agave syrup and mint, owner Daniel Trejo explains to me how he fell in love with the Centro and its timeless architecture and why he was inspired to restore what is now Casa Dominga. 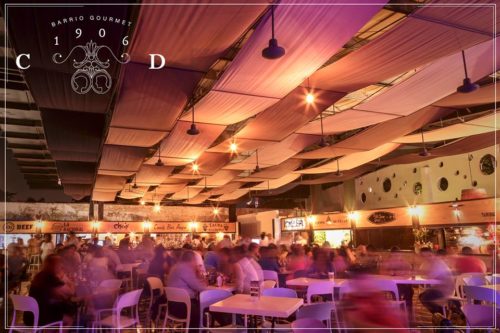 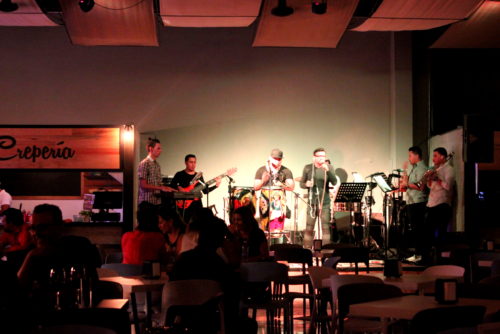 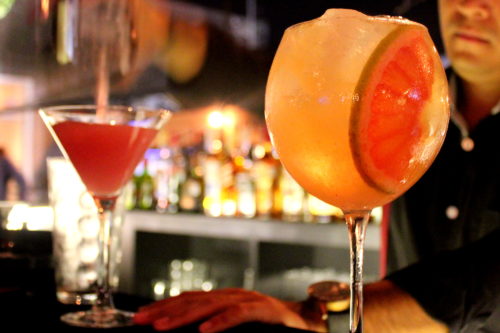 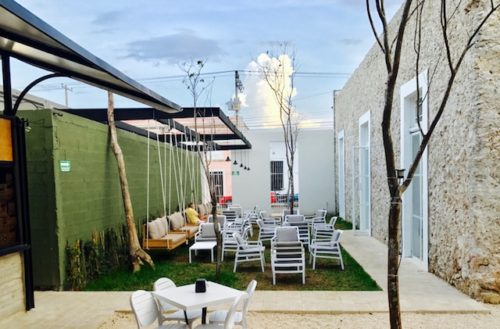 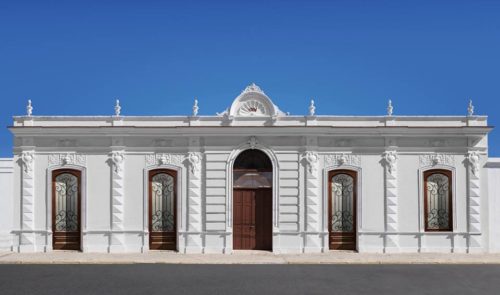 This building, of which its spectacular façade takes up almost half of the block, was built in 1906 and is one of many iconic Merida edifices erected in the neoclassic French style that was all the craze in elite circles of the Yucatecan society during the Porfiriato era (1876 to 1910). Initially it was a decadent private residence, but sadly, as the years passed by, it was abandoned and left to deteriorate at times being used as a warehouse and a pharmacy. Trejo together with renowned architect Henry Ponce, decided to rescue and restore this site, bringing the space back to life showcasing its original splendor. It’s designed to offer green areas, which the original house did not have, and to illuminate the city block as it once did at the turn of the 20th Century.

The name Casa Dominga, meaning Sunday House, was chosen by Trejo in hopes that those who visit feel as they do on a Sunday afternoon: relaxed, enjoying free time, doing what they choose and being completely themselves without the pressures of their job and weekday obligations. It’s a complex where the customer can take advantage of the casual outdoor eating area choosing from a variety of culinary options, relax with a book and a beer in the green area, or dance to the live music from the outdoor stage. They can dine inside La Morena Cantina de Antojos where the chic interior design maintains the porfiriato style and Chef Juan Miguel Rodriquez from Guadalajara features meals and antojitos from all over Mexico. Or they can sip on a cocktail in the intimate 1906 Bar prepared by an experienced mixologist. Whatever the customer chooses to do, they will enjoy a new experience at Merida’s newest “barrio gourmet”.

Casa Dominga is open from Tuesday to Sunday from 5pm to 2am.

La Morena Cantina de Antojos from 1pm to 2am.

This article is sponsored by Casa Dominga.