HOUSTON — Crews overwhelmed by thousands of rescue calls during one of the heaviest downpours in U.S. history have had little time to search for other potential victims, but officials acknowledge the grim reality that fatalities linked to Harvey could soar once the devastating floodwaters recede from one of America’s most sprawling metropolitan centers.

More than three days after the storm ravaged the Texas coastline as a Category 4 hurricane, authorities had confirmed only three deaths — including a woman killed Monday Aug. 28 when heavy rains dislodged a large oak tree onto her trailer home in the small town of Porter. But unconfirmed reports of others missing or presumed dead were growing.

“We know in these kind of events that, sadly, the death toll goes up historically,” Houston police Chief Art Acevedo told The Associated Press. “I’m really worried about how many bodies we’re going to find.” 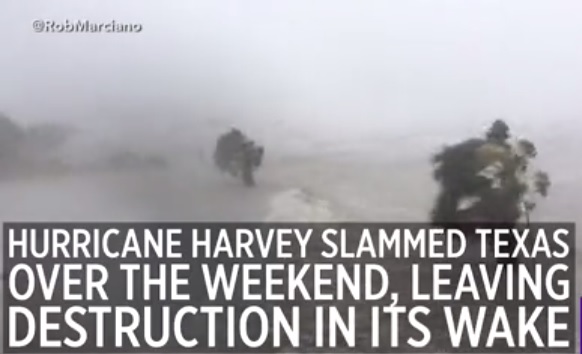 One Houston woman said Monday that she presumes six members of a family, including four of her grandchildren, died after their van sank into Greens Bayou in East Houston, though Houston emergency officials couldn’t confirm the deaths. Virginia Saldivar told The Associated Press her brother-in-law was driving the van Sunday when a strong current took the vehicle over a bridge and into the bayou. The driver was able to get out and urged the children to escape through the back door, Saldivar said, but they could not. 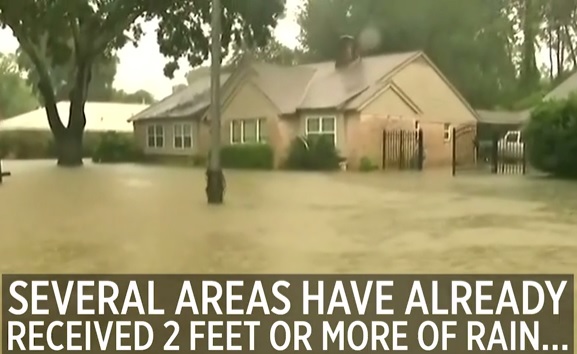 And a spokeswoman for a Houston hotel says one of its employees disappeared while helping about 100 guests and workers evacuate the building amid rising floodwaters.

The disaster is unfolding on an epic scale, with the nation’s fourth-largest city mostly paralyzed by the storm that has parked itself over the Gulf Coast. With nearly 2 more feet (61 centimeters) of rain expected on top of the 30-plus inches (76 centimeters) in some places, authorities worried the worst might be yet to come.

Early Tuesday, Harvey’s relentless downpour continued to drench Houston and the surrounding area. Rain fell at a pace of about half an inch (1 centimeter) per hour over Harris County — home to Houston — and up to 2 inches (5 centimeters) per hour to the east.

The Houston metro area covers about 10,000 square miles (25,900 sq. kilometers), an area slightly bigger than New Jersey. It’s crisscrossed by about 1,700 miles (2,700 kilometers) of channels, creeks and bayous that drain into the Gulf of Mexico, about 50 miles (80 kilometers) to the southeast from downtown. 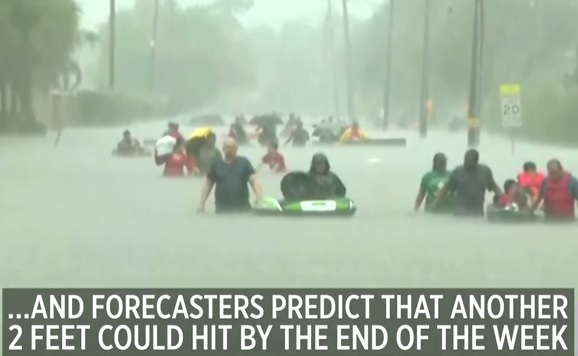 The storm is generating an amount of rain that would normally be seen only once in more than 1,000 years, said Edmond Russo, a deputy district engineer for the Army Corps of Engineers, which was concerned that floodwater would spill around a pair of 70-year-old reservoir dams that protect downtown Houston.

President Donald Trump was expected in Corpus Christi, Texas, and Austin, Texas Tuesday Aug 29 for briefings on the first major natural disaster of his administration, accompanied by first lady Melania Trump. And Vice President Mike Pence said in an interview with News Radio 1360 KKTX in Corpus Christi that he and his wife, Karen, will visit southeast Texas later this week.

The impact of Harvey is also already being felt in Lake Charles, southwestern Louisiana, where emergency crews have been rescuing residents from their flooded homes after steady overnight rainfall. 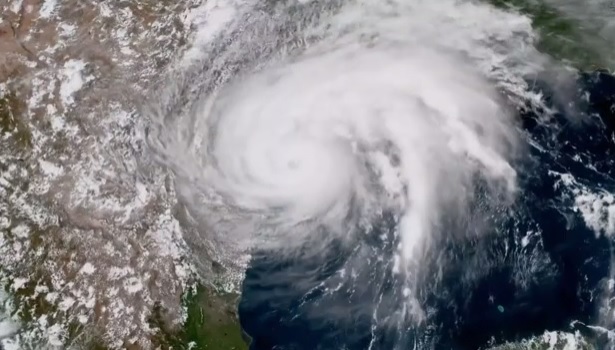 Forecasters expect the storm to creep eastward as far as Mississippi by Thursday, meaning New Orleans, where Hurricane Katrina unleashed its full might in 2005, is in Harvey’s path. Foreboding images of Harvey were lighting up weather radar screens early Tuesday, the 12th anniversary of the day Katrina made landfall in Plaquemines Parish.

Rescuers meanwhile continued plucking people from inundated Houston neighborhoods. Mayor Sylvester Turner put the number aided by police at more than 3,000. The Coast Guard said it also had rescued more than 3,000 by boat and air and was taking more than 1,000 calls per hour.