Forget algorithms: To find a match with an Online Dating, DNA matching could be taking over

We know that online dating websites use algorithms to match us with our partners….

If you’ve been on any online dating website, you probably know that the site uses complex algorithms to help you find your perfect date. One site was founded by a group of mathematicians from Harvard University, and their sales pitch even states that they do, in fact, “use math to get you dates.”

It shouldn’t be surprising because, by definition, algorithms are designed to perform a certain action when a certain criterion has been met. For the past decade or so, these complex mathematical equations and formulas have been used by financial businesses and several businesses that have an impact on our daily lives. One of which being dating websites. In fact, people are more likely to sign on to a dating website or app instead of traditional methods of meeting and dating folks. According to Investopedia, the percentage of people who think dating websites are perfectly normal means of meeting people jumped from 44% in 2005 to 60% in 2013.

Why does math-based matching work so well? According to Lauren Rosewarne, a sociologist from the University of Melbourne suggests that it is because, with math-based matching, there is a limit that can be set to increase (or decrease) the chance of being matched.

Take a moment and think about it. When you sign up to a dating site, it’ll ask you about yourself and what you may be looking for in a partner, but the truth of the matter is, these algorithms are basically pairing you with people with whom have the most things in common… Or, who answer the countless questions the same. 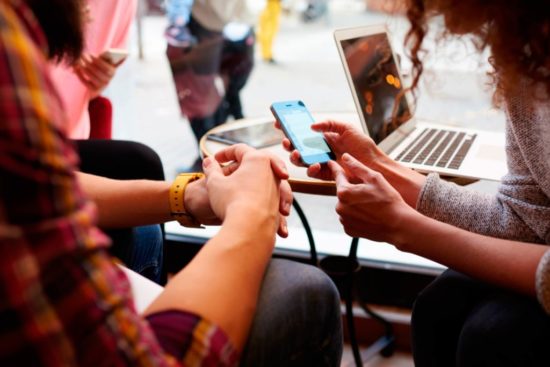 This technique definitely works, there’s no doubt about that. But, what happens when technology becomes so advanced that we start using our DNA to find a match? It might not be as crazy and far-fetched as you think.

Using DNA testing to help singles find one another and maybe fall in love isn’t so far-fetched as you might think. In 2014, two companies, Instant Chemistry and SingldOut, made waves when they launched their new genetic testing service that was geared toward helping users find compatible partners. DNA Romance is another website that matches their users based on the compatibility of their DNA.

How does it work? It’s relatively simple, maybe a little too simple. All the users have to do is spit into a test tube and send it back to SingldOut. The test tube is then sent to a laboratory where it is tested for the serotonin uptake controller (which deals with how someone handles their emotions, both positive and negative) and genes that influence someone’s immune system.

You might be wondering if DNA testing really works. The company who makes the testing kits for SingldOut, Instant Chemistry, conducted research that stated there’s a strong link between people who are in a long-term relationship having different immune systems and serotonin genes. A Swiss University conducted an experiment where the men were asked to wear the same shirt for 2 two nights. Then, women who never met the men before were giving the shirts and were asked to rate the odors from the least appealing to the most.

The study shows that women who rated the pleasant smelling shirts come from men who had the Human Leukocyte Antigen gene sequences that were the most different than their own. You read that right, even opposites seem to attract on a much deeper level than just your hobbies or interests!

The Future of DNA Testing For Romance

How does DNA testing look for the future of your next romance? It’s hard to say, considering SingldOut.com is no longer a functioning website. There is another site that uses a similar model, DNA Romance, that is in the beta stage and is open to people who are 23andMe.com or Ancestry members and already have DNA tests completed. If this takes off and proves successful, who knows how the online dating game will change.

This article is published by TYT as sponsored content from togethernetworks.com, global dating alliance.

DISCLAIMER: The opinions expressed hereby are those of the author and not necessarily those of The Yucatan Times.