COMMENT: Forget the Texas economic miracle and look south to the Mexican Miracle

Richard Parker is an author and award-winning journalist who writes about the forces of change in contemporary society, economics and politics. He also serves as lecturer of practice in journalism at Texas State University.

​His work includes Lone Star Nation: How Texas Will Transform America, published by Pegasus Books of New York. He is an Op-Ed contributor to The New York Times and a columnist for The Dallas Morning News. His column is syndicated by the Tribune Content Agency. His work appears in leading periodicals and journals, such as The Atlantic, Texas Monthly and ​Politico Magazine.

He has twice been named the visiting professional in journalism at the University of Texas at Austin and worked as a publisher, editor, national correspondent and Washington correspondent as well as war correspondent abroad.

Parker recently published an editorial on the Dallas Morning News stating that the Mexican Miracle is just a few years away from booming, and it is an unstoppable event that will take place imminently.

PLAYA DEL CARMEN, Mexico — To the tourists who still flock to the warm beaches at the height of summer, the Mexican Caribbean is  a picture-perfect paradise: cooling breezes, swaying palms and drinks with the little umbrellas.

It’s all true, too, particularly within a few blocks of the idyllic beach. But venture inland — blocks, kilometers and hundreds of miles — and something else emerges: a Mexico on the cusp of greatness, yet teetering from being held captive to the past by lawlessness.

The U.S. State Department issued a travel warning for Quintana Roo, which includes Cancun and Baja California Sur, this week because of gang activity. But more than mere violence or drug trafficking, equality before the law remains postmodern Mexico’s greatest challenge. The biggest obstacle? Ironically, the United States.

I returned to Mexico this summer for an extended period and for the first time in 20 years donned my reporter’s glasses, not just my tourist shades. I witnessed a nation transformed, particularly when measured against the depths from which it rose over those two decades. And yet a long shadow casts itself on the beach. What about the certainty of the law?

Texans in particular should always keep in mind how important Mexico — and Mexicans — are. Texas exports nearly 40 percent of all U.S. goods to Mexico and 1 million jobs in the state ride on trade, according to the Commerce Department. Whereas once Mexico was a minor economy, it now has an economy of over $1 trillion annually, in the ranks of Australia and Spain. It is decidedly a middle-income nation with little poverty by world standards.

Mexico features the most important element of a stable, democratic society: a burgeoning middle class. Inland in Playa del Carmen lies a bustling, working city, a world away from the chichi shops of 5th Street. Propping up this industrial-scale paradise are some 180,000 people, 10 times more than 20 years ago. At a supermarket on Highway 307 in nearby Puerto Morelos, you can buy everything from fresh octopus to cheap, fresh vegetables, imported liquor and a red Mexican-manufactured Italika motor scooter to cart it all home, for about $700.

Going back in time 20 years provides a scale of just how far Mexico has come.

The nation was coming off a massive economic disaster: the Lost Decade, in which the peso had been devalued as much as 500 percent, and people’s savings were wiped out. In 1985, an 8.0 magnitude earthquake demolished much of Mexico City’s center, killing 10,000 and leaving 250,000 homeless. An exodus of people began flowing north, first to the richer border states and then beyond.

The next decade was not much easier. On Jan. 1, 1994, guerrilla conflict erupted in the southern state of Chiapas; the Mexican Air Force responded with napalm. On March 23, the reformist presidential candidate Donaldo Colosio was assassinated. Theories that these events were somehow linked gripped the capital even as a controversial new treaty took painful effect: the North American Free Trade Agreement. In exchange for American capital and markets, Mexico dismantled nearly a century of protectionism, none more important than the barriers surrounding agriculture. 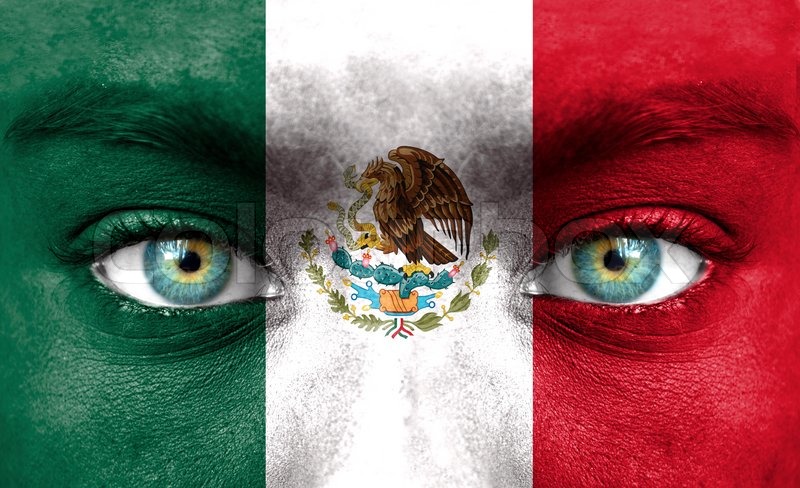 The land had been the centerpiece of the 1917 constitution, which distributed the country’s vast natural resources to the rural poor and marked the beginning of the end of the revolution that had killed one in 10 Mexicans. Now, the ejido system of communal lands was largely dead and American capital could finally enter the fallow fields. Entire villages emptied out as men and boys left to find work in the United States. Mass migration within Mexico headed from the countryside to the cities, namely Mexico City.

Most Americans were blissfully unaware of the wrenching pain and dislocation that swept much of Mexico as NAFTA took shape. For the hundreds of thousands of U.S. jobs lost (some economists dispute this, by the way), mainly in the industrial Midwest, millions upon millions of Mexicans were displaced. Some 5 million came north, legally and otherwise. The next time Mexico would really pierce the American consciousness would be the mid-2000s during the drug war.

Click here for full article on the Dallas Morning News