CANCUN — According to a study conducted by the famous company Airbnb, the number of bookings in Cancun has increased more than 170 percent during the last year.

In addition to its marvelous turquoise beaches and an unparalleled leisure offering in the region, the city of Cancun is also now the main tourist destination for those who enjoy a pleasant vacation alone, according to a report recently released by the popular Airbnb search service. 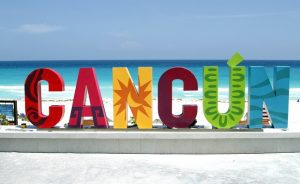 As pointed out by Airbnb, in the last year the bookings of private houses by tourists that travel without company to the Mexican Caribbean have increased by 170 percent, which means that Cancun is, in this sense, at a considerable distance from immediate competitors: Ho Chi Minh (Vietnam) and Cologne (Germany), which have seen their bookings increase by 146 and 142 percent, respectively.

Cancún is not the only place on the list of dream places to be explored on one’s own, since the Mexican state of Quintana Roo also is home to another famous destinations, Playa del Carmen, which places fourth on that list with 141 percent.

Also the South African city of Johannesburg with 135 percent is listed in the Top Five, along with Sao Paulo, Auckland, New Mexico, Mexico City, Charlotte and Busan.