Falcon should know. The trainer, who last week formally opened his own gym, Balukas Box Team, in Merida’s Centro, worked 22 fights in Berchelt’s corner from 2013 to 2016. Falcon is now training and managing Salazar and about 10 more fledgling pro boxers in Merida.

“We are working with Brandon with a plan we have developed,” Falcon said in an exclusive interview with The Yucatan Times last week at his gym on Calle 36 at Calle 69. “In about a year and a half Brandon will be at a good level” in the professional boxing world. 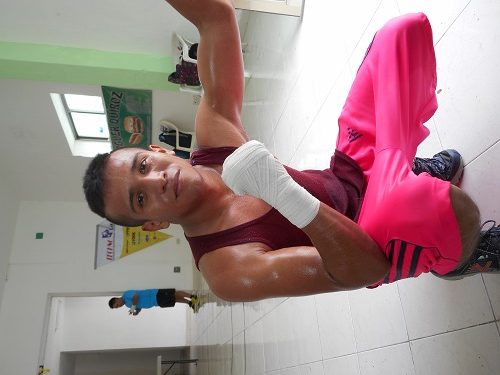 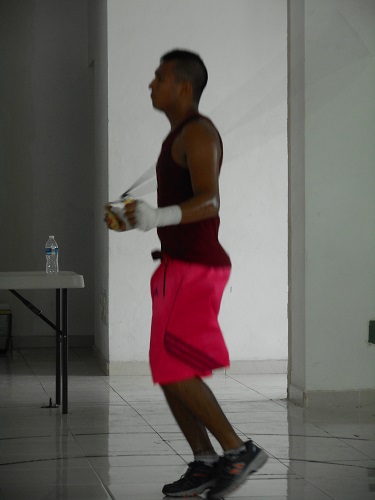 While Salazar admires Berchelt, the young Merida boxer, who fights in the 119 lbs. Bantam division, says his real idol is Manny Pacquiao, the Filipino world champion. “More than all others I admire him,” Salazar said during a break from his rigorous training workout. “He started at the very bottom.”

Salazar’s entrance into boxing began at age 11, when by chance former world champion and Yucatecan boxing legend Miguel Canto saw him play-boxing with his sister on a Merida street. Canto liked Brandon’s style and invited him to start training. With Canto’s suppport, Brandon developed into a very successful amateur boxer, with a 28-2 record in Merida and Cancun.

That amateur success has led Salazar to set his sights high for a professional career. “I hope to be a world champion and have the people appreciate me for this,” he said. “I would like to travel, maybe fight in Las Vegas for the world championship.”

Still, Merida is the place Salazar wants to continue to call home. “I don’t know any place better than Merida to live,” he said. 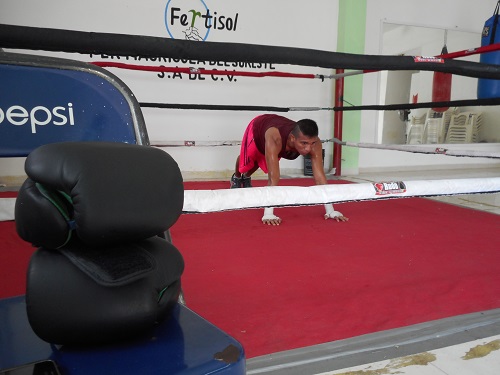 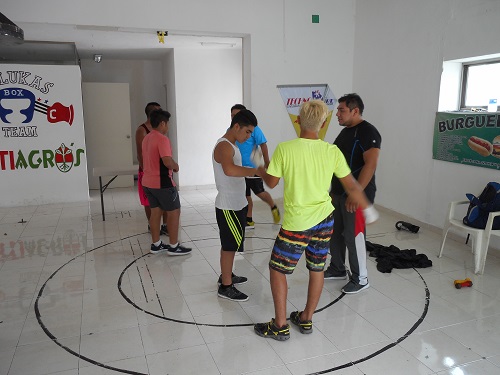 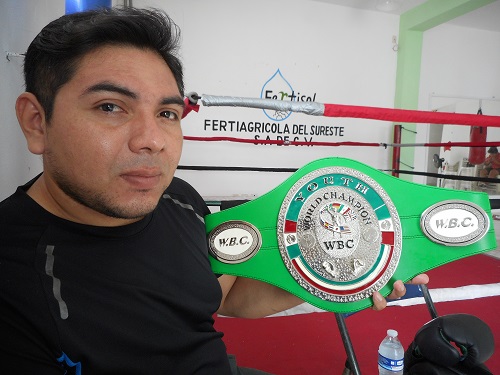 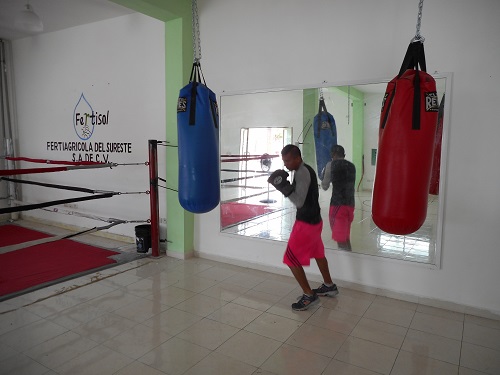 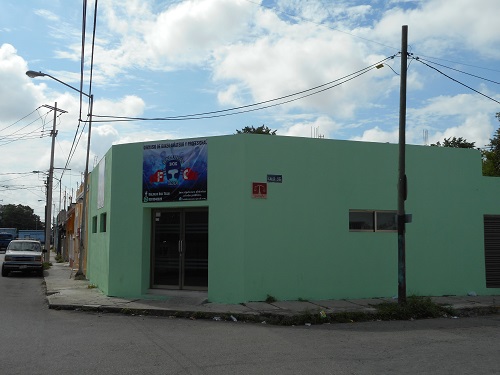 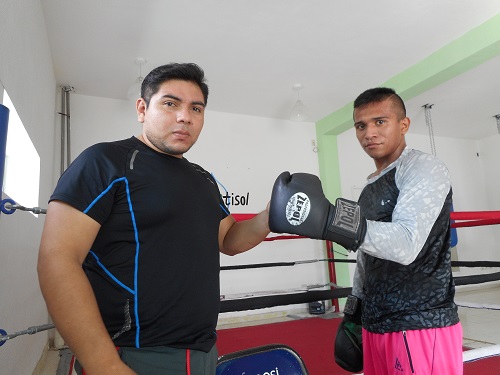 Salazar, who hails from Colonia Dzununcan in south Merida, is following a rigorous tranining schedule to prepare for his second professional bout set for Aug. 26 in Merida. (He won his first contest by unanimous decision last November.)

Five days a week, he works out about eight hours, rising at 5 a.m. to run 7 kilometers along the Periferico and then make the long trip to Balukas Box Team, where he shadow boxes, trains on the heavy bag, jumps rope, does situps and pushups and occasionally spars with other boxers.

While Salazar looks up to established pros like Pacquiao and Berchelt, it’s clear that the other youths at Balukas Box Team hold him in high regard as well.

Although Salazar hopes to rise and travel far in the boxing world, at 19 he has already achieved a good measure of the recognition that he hopes to obtain from his compatriots here in Merida.