Mexico’s Volaris Airlines is continuing to pursue expansion in the US market, despite an unfavourable geopolitical environment. The Trump Administration has impacted demand in the northbound VFR segment of the Mexico-US market, Volaris’ traditional focus, leading to a rare quarterly loss for Volaris in 1Q2017.

Volaris launched nine routes to the US in 1H2017 and plans to launch at least four more US routes in 2H2017. The company is also already committed to launching another five US routes in 2018 – extending its US operation to more than 60 routes. 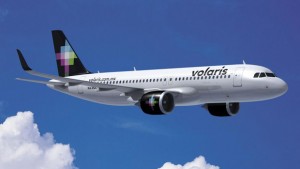 However, Volaris is diversifying its US operation away from the VFR segment, which should make it easier to absorb the additional capacity.

The airline is launching new routes connecting the US with Mexican beach destinations, catering to southbound US leisure passengers, a sector of the market now dominated by US airlines.

Volaris is also doubling its Mexico City-US operation, which typically attracts a different mix of traffic and generates higher yields, using slots that have been divested by Aeromexico and Delta Air Lines as part of their new joint venture.