Dámaso López Serrano, the son of one of Joaquin “El Chapo” Guzman’s main henchmen and a competitor for control of the Sinaloa cartel, crossed the border and turned himself into US authorities on Wednesday July 26.

Lopez Serrano reportedly crossed from Mexicali in Mexico’s Baja California state to Calexico in California, where he surrendered to the Customs and Border Patrol on Wednesday morning and was turned over to agents from the Drug Enforcement Administration on Thursday afternoon.

“What we know is that he handed himself over yesterday (Wednesday). The case is now with authorities over there,” a Mexican security official, who was not authorized to speak publicly on the matter, told Reuters.

Lopez Serrano is the son of Damaso Lopez Nuñez, aka “El Licenciado,” a nickname typically given to holders of law degrees in Mexico. Lopez Nuñez, a former security official who also held several jobs in the Sinaloa state government, was a close deputy of Guzman, reportedly helping the cartel chief escape from a prison where he worked in 2001.

His role in the escape burnished Lopez Nuñez’s status in the cartel, elevating him to the upper echelons of the organization, according to Mike Vigil, former chief of international operations for the DEA. Lopez Nuñez’s role in the government also underscored what many saw as the state’s complicity in the Sinaloa cartel’s rise to power.

In the wake of Guzman’s arrest in January 2016, the Lopezes became one faction in a fight to assume control of the Sinaloa cartel — a fight that has intensified since Guzman’s extradition in January this year.

They reportedly joined forces with the Jalisco New Generation cartel, vying with a faction led by Guzman’s sons, called the Chapitos, and with another led by members of the Beltran Leyva Organization, a one-time ally of the Sinaloa cartel. Guzman’s brother, Aureliano “El Guano” Guzman, appears to be in the mix as well.

(Accused drug kingpin Damaso Lopez, nicknamed “The Graduate”, is escorted by police in Mexico City on May 2, 2017.Carlos Jasso/Reuters)

Ismael “El Mayo” Zambada, Guzman’s partner and a cofounder of the Sinaloa cartel, is still involved in the cartel and is reportedly working with Guzman’s sons, though reports also indicate he is in poor health and not directly involved in cartel operations.

The strategy of the Lopezes — the younger one nicknamed “El Mini Lic” — included cyber warfare, according to Televisa, using bots and contacting hackers. The latter move proved to be the elder Lopez’s undoing, as the hacker contacted authorities and eventually helped them arrest him in Mexico City at the beginning of May.

Over the first half of this year, Sinaloa state saw 879 homicides compared to 524 over the same period last year, according to government data. (Though that data may undercount the number of killings.) The violence in the state seems to have intensified in the weeks since Lopez Nuñez’s arrest. During the first weekend of July, there were at least 30 killings— victims’ relatives allege that one incident involved the extrajudicial killing of 17suspected criminals. 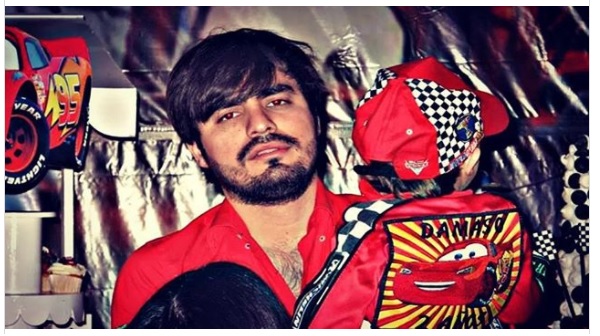 Lopez Serrano got an early start in the Sinaloa cartel, reportedly leading Los Antrax, an armed faction of the cartel made up of young members. Much like Chapo’s sons, he appears to have documented his wealth and exploits on social media. Though, like the Guzmans, its not clear if the accounts attributed to him are actually his.