‘POX’: A Mayan elixir that embraces the soul and caresses the heart

La Posheria is a one-of-a-kind shop in the heart of Mérida, right on Paseo de Montejo, where Julio de la Cruz is developing a life project keeping alive one of the deepest and most profound Mayan traditions, the drink that embraces the soul and caresses the heart, “Pox”.

TYT: Julio, thank you very much for the interview, we would like to start asking you to please describe yourself.

I am a Mexican businessman with many years trying to rescue our traditions, who had the fortune to live in San Cristobal de las Casas, Chiapas for seven years. That’s how I got the chance to know a little bit more about the customs that are protected by the Mayan people, since Chiapas, as well as Yucatán, is Maya land.

Somehow I found a product (or it found me), and all of the sudden I knew that my purpose was to invest in rescuing this valuable Mexican tradition. The project started down in San Cristobal, but now I moved to the city of Merida, and I am continuing with this endeavor that began seven years ago. When I arrived in Merida, I decided to settle here on Paseo de Montejo, and I have the vision to expand throughout the Peninsula, towards the Riviera Maya.

I’m 49 years old and thrilled to live in this beautiful city. Basically I’m just a Mexican who wants to invest in Mexican products, and make these products known by people all over the world, as I’m sure that people are eager to obtain information on these products. I am in a traditional drink network, and fortunately, ever since I have been in this business it has been very gratifying to receive a positive response from everyone.

TYT: Please, tell us about “Pox”

The “Pox” and I met casually. One of my best friends has been a tourist guide for 20 years in Chiapas. He was the first tourist guide to take foreigners to some of the most remote indigenous communities there. And eight years ago, while I was in San Cristobal de las Casas, he invited me to one of these communities: Tenejapa.

So we were walking down a dirt road, when we were invited to a ceremony by one of these Mayan families, and they received us with glasses of a traditional homemade drink. The Mayordomo of the community, who is the highest authority there, served us the liquor from a horn (similar to those used for wine); for me, this warm reception was a total surprise.

My friend gave me the “look”, indicating me to try it, since it was rude not to drink what they were kindly offering us. Well, we started drinking, and this drink is what is called “Pox”, which means ‘aguardiente‘. It is a drink that the indigenous communities of Chiapas have preserved for centuries, and is basically used in a holistic way, from rituals, ceremonies and festivities, to medicinal purposes.

These modern Mayas have managed to preserve “Pox”, but they have produced it only for their own consumption.

Personally, what caught my attention, besides the fact that it is a magnificent drink, was that it is produced in a very mystical environment. I remember they were dressed in their typical costumes. Tenejapa is up in the mountains, so there was a mist, musicians were playing traditional prehispanic music, and I got caught by all the mystical scenery precisely at that magical moment, this was a once-in-a-lifetime experience.

Next thing I did was to ask my friend what “Pox” was; he had been living in Chiapas for many years, so, he just told me that it was a traditional drink, very important for the Mayan culture and the indigenous people of Chiapas.

And from that moment on, my goal has been to dignify this drink, to put it in the place it deserves. This has been a fantastic journey and I have been a pioneer trying to regulate, certify and improve the production processes of “Pox”.

It has not been easy, I have received absolutely zero support from the government; not in Chiapas, not here either.

However, after eight years, I am currently the only person who has registered this product legally, formally and officially, and with very positive results.

TYT: How did you come across the formula to make “Pox”?

This was possible thanks to my friend the tour guide, as he connected me with “Don Lorenzo,” a Mayordomo who was municipal president of one of the Chamula communities. After two years, we became good friends, and he was confident enough to hand me the “Pox” recipe, written on a piece of paper with his own handwriting.

That’s how I learned that their ancestors made the “Pox” based on corn, but today they continue to elaborate it using sugar cane, nothing more. Obviously for me, it was an honor that he entrusted me with that secret, and later, one day he invited me to his house, in a Mayan community up in the mountains, and he told me that he would like to rescue the tradition of making “Pox” with corn instead of sugar cane. Honestly, I do not know what he saw in me, but I felt like he chose me when he gave me that recipe. I left his house feeling very honored and I felt a commitment to continue with this legacy that this character decided to put in my hands.

Months later, “Don Lorenzo” passed away. As a result of this, in honor to the memory of “Don Lorenzo“, I got into the task of doing all this work, to rescue the traditional recipe, respecting the production processes, but improving them according to the standards of COFEPRIS (Federal Commission for the Protection against Sanitary Risk, a regulatory body of the Mexican government). 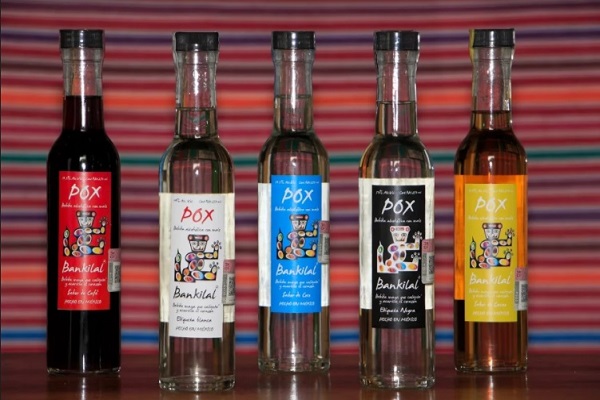 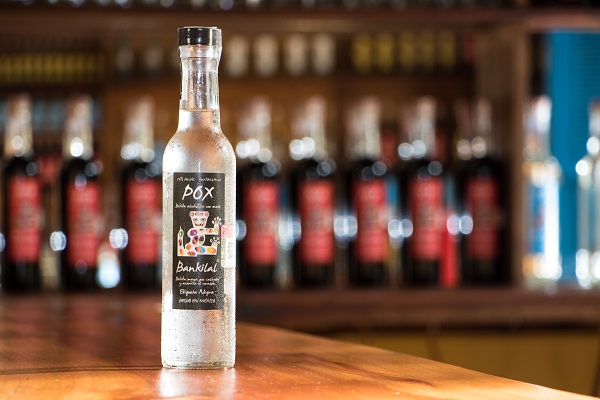 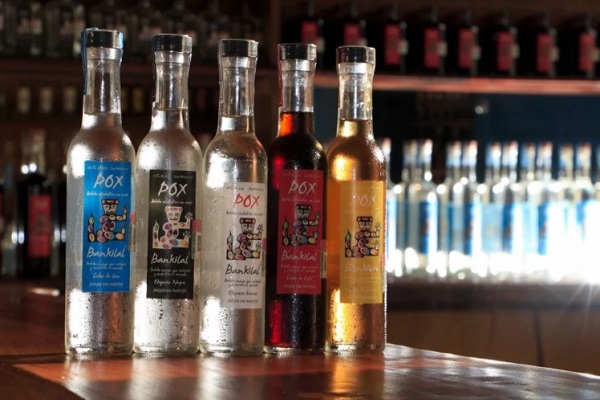 TYT: And how did the “Poshería” concept come to life?

In the year 2010 I decided to open a business to make this drink available to the people of San Cristobal de las Casas, so they will begin to familiarize themselves with the “Poshería”, the only store in all of Mexico that has registered the “Pox” and from 2010 to date, we have made this drink known through the brand.

Our first shop opened on “El Andador Real de Guadalupe”, one of the most important streets in San Cristóbal de las Casas in 2010, and then in 2014 as this opportunity arose for me to come to live to Merida, I became concerned about the future of my “Pox” project. Since I was away from Chiapas, I thought it would be very difficult to preserve not only the “Posheria”, but also the production as well. However, upon arriving in Merida, I gave myself the task of finding a place to open a second “Poshería” in the Yucatecan capital.

But the most important thing for me was to find the way to produce the drink here in Mérida, since it was absolutely vital to have the production in my place of residence. And I was lucky enough to find a place right on historic Paseo de Montejo, which is the most emblematic avenue in Merida; and by the end of 2014, I was opening a second Poshería.

La Posheria is currently a tasting-like house concept, where customers can taste the product for free, and then decide what presentation they want to purchase. 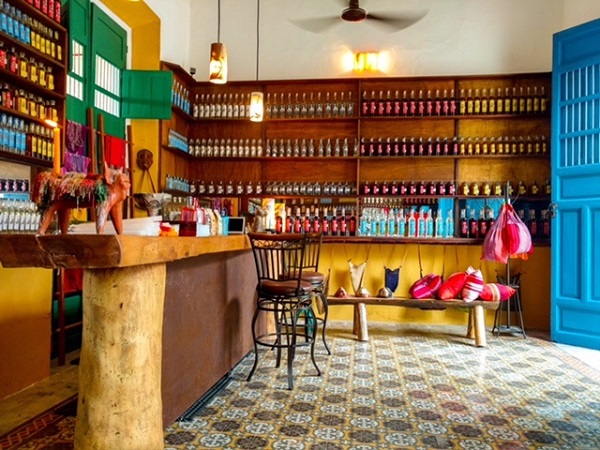 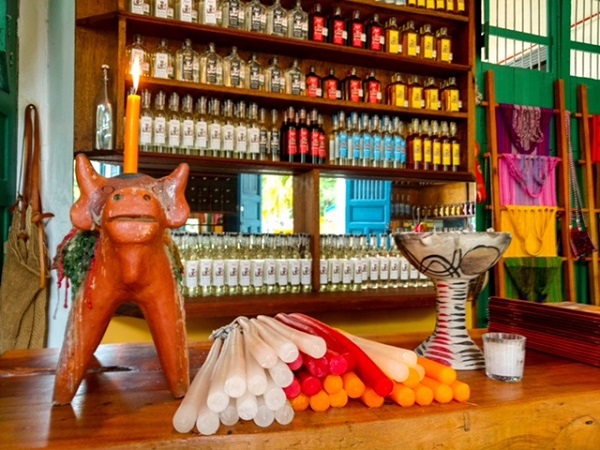 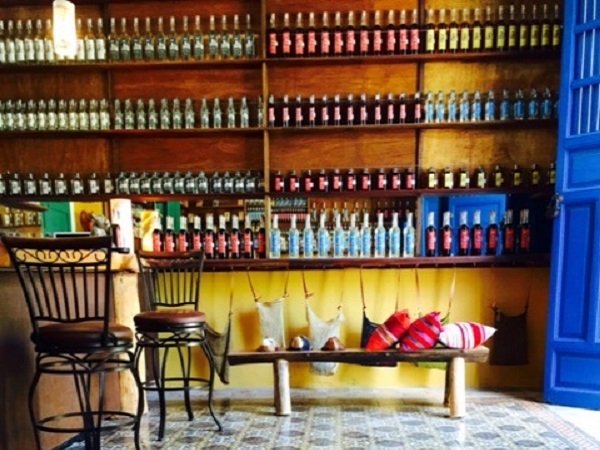 TYT: Was it complicated to produce “Pox” here in Mérida?

What I did was to homologate the recipe, and elaborate it here in Yucatan.

The last production we made in Mérida was ten thousand bottles. We have grown gradually during the last years, and each of our bottles has the Marbete certification from the Secretaría de Hacienda, which entitles us to legally sell our product in any national or international market.

Today we have several types of “Pox”, the traditional and purest version, with a distillation of 53 percent, which is actually what the mayordomos use in the communities with medicinal purposes, they call it “Poxil” (if you add an “i” and an “l” to the word “pox”, it says “poxil”, which means medicine or healing).

Afterwards, we do a double distillation, the result is a drink with 39 percent, which is similar to mezcal or tequila. At this point, we came up with the idea of ​​extracting flavored varieties.

We currently have 4 flavors: coffee, coconut, cocoa and vanilla.

We brew them with a graduation of 19.5 percent, since it is more digestive; softer and sweeter. In fact, we created these new varieties with women in mind, since most of them do not enjoy a heavily strong drink and prefer something mild, and our flavored versions of “Pox” have proved to be very popular among ladies.

We are planning to create other herbal varieties in the near future, such as peppermint, fennel, and rosemary. Precisely because of the medicinal use of “Pox”, we think that the “herbalist” versions could be very successful.

Right now we have two presentations; A 250 ml (8.45 OZ) bottle, because most of our customers are tourists, and usually travelers do not want to carry heavy stuff, so this type of bottle is very convenient for them. The price is fair and reasonable, 180 pesos (around $10 USD).

We also have the 500 ml (16.9 OZ) that costs 320 pesos (around $18 USD), and this type of bottle is targeted to restaurants, bars, and hotels that serve “Pox”. This presentation was specifically thought for that particular market, as more and more bartenders are offering “Pox”, and including it in cocktails and mixed drinks.

So basically “Pox” is a Mayan elixir with roots in the highlands of Chiapas; but Merida is also a Mayan city, so we are manufacturing the product here, using organic corn and we are very happy with the results obtained.

Right now people from Canada, Italy and Spain have expressed their interest to commercialize “Pox”, and therefore we want to export the product to those and other international markets. But we are going step by step.

I am the sole proprietor of the registered brand; but we are not a large company, our process is handcrafted, we bottle up and pack by hand, in order to maintain the high quality. We do not want mass production or industrialization that could result in loosing quality. That is why we go one step at a time, and up to this day we have achieved our goals. 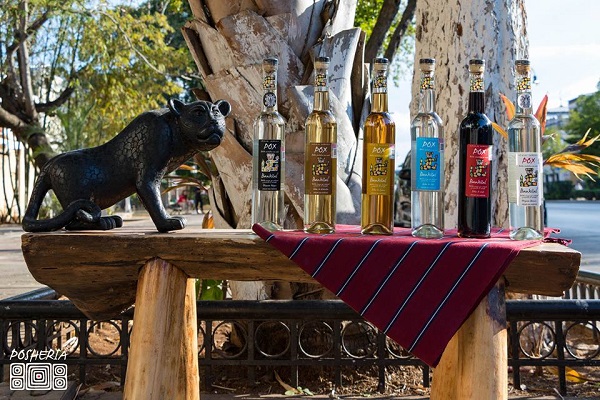 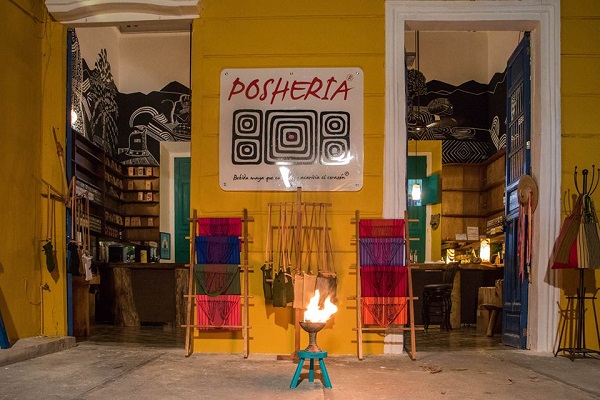 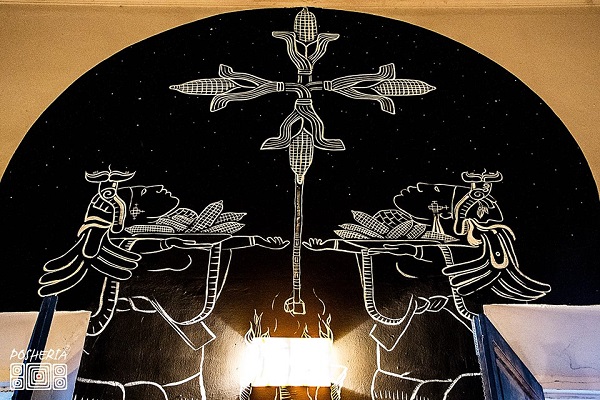 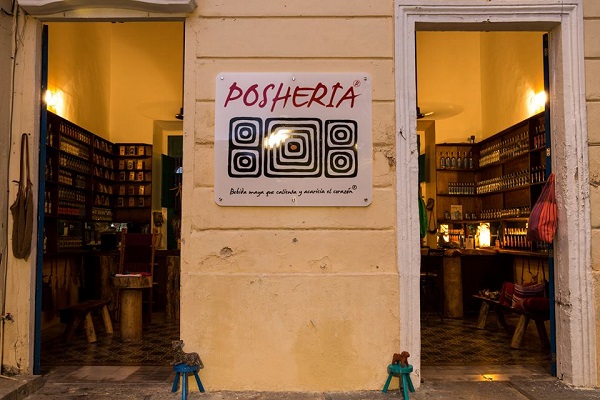 TYT: What message would you like to send to TYT readers?

Come to La Poshería, and taste our “Pox Bankilal”; you will also find textile and pottery products handmade by the talented people of Chiapas, and be certain that, when you buy any of our products, you are helping these people and you’re contributing to the preservation of an important ancestral tradition of our Maya universe. 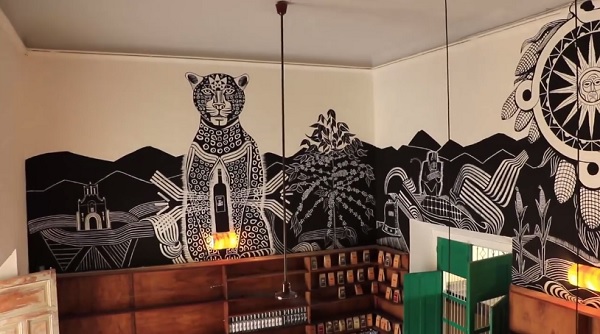