Contradiction as to who really blew up Mosul’s emblematic mosque

“As a result of the advances by the Iraqi Counter-Terror Forces (ICTS) on the al-Faruq area [in the Old Mosul district, Irak] and as our forces closed in on the Hadba Minaret and the al-Nuri mosque as close as 50 meters, ISIS blew up both,” Iraqi army Brigadier General Yahya Rasoul, the spokesperson of the Iraqi Joint Operations Command, told Rudaw TV by phone.

He added that they had knowledge that “ISIS had booby trapped the al-Hadba Minaret and the al-Nuri Mosque and had stationed many militants nearby the two places.”

Rasoul described blowing up the two historical Mosul sites “as blowing up the history” and said the group “added another crime against humanity” and world heritage.

He also described the act as a “clear indication of ISIS totally loosing its morale by blowing up the site where their leader had declared the caliphate and where he gave his first sermon.” 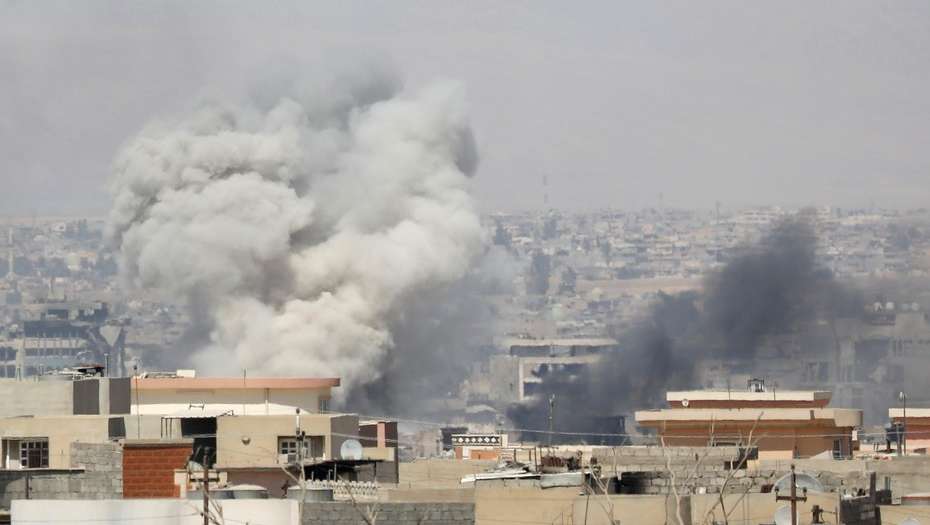 Rasoul also said the group is on the brink of an ultimate collapse and “we will soon control all of the Old Mosul district.” He concluded their operations will continue and the morale of their soldiers is “very high” against ISIS militants.

“We can confirm the al-Nuri mosque was destroyed,” the Washington Post reported the US-led international coalition as saying. “It was not as a result of coalition strikes. We did not strike in that area.” ISIS-affiliated media had claimed the mosque’s destruction was the result of a coalition air strike. US Central Command elaborated on the monumental devastation. “As our Iraqi Security Force partners closed in on the al-Nuri mosque, ISIS destroyed one of Mosul and Iraq’s great treasures,” said Maj. Gen. Joseph Martin, Commanding General of Combined Joint Forces Land Component Command-Operation Inherent Resolve. “This is a crime against the people of Mosul and all of Iraq, and is an example of why this brutal organization must be annihilated,” said Martin.

“The responsibility of this devastation is laid firmly at the doorstep of ISIS, and we continue to support our Iraqi partners as they bring these terrorists to justice. However, the battle for the liberation of Mosul is not yet complete, and we remain focused on supporting the ISF with that objective in mind.”