Gabe Ortíz from San Francisco, California, Staff Writer for the Daily Kos and LatinoKos is a specialist in immigrant and LGBT rights. Also a cancer survivor, Ortiz came up with this investigation on former members of the U.S. Armed Forces, who served in the military, fought for Uncle Sam but ended up being deported to Mexico. And even though they have been treated unfairly, these men are still loyal to their flag, and decided to commemorate Memorial Day south of the border.

You may have seen the viral photo: a group of deported veterans “who served in U.S. Army with the promise of becoming citizens” commemorating Memorial Day in Ciudad Juarez, Mexico. Yes, our nation deports veterans, and it’s been a stain on both Democratic and Republican administrations alike, with NBC News estimating that some 230 veterans have been kicked out after serving their country. Some of these vets have been relentless in lobbying U.S. elected leaders for justice, recently drawing the attention of Rep. Joaquín Castro (D-TX) and members of the Congressional Hispanic Caucus, who this week plan to visit them at the “Bunker,” a support house for deported vets in Mexico:

“Many of us believe that they should be allowed to become citizens,” Castro told NBC Latino in a telephone interview Friday.

“Many, if not most, were legal permanent residents, who were eligible to become citizens and perhaps never applied — they stood up for their country and put their lives on the line,” he said.

Castro acknowledged that getting laws changed to stop the deportation of veterans who are legal residents would be tougher under a Trump administration. But Castro said he thinks “there is strong bipartisan support among Americans to do right by these veterans.”

“We would ask the administration to consider the service these veterans have rendered for the country and the fact they did put their lives on the line,” he said.

Reasons for deportation can vary, and highlight our outdated and broken immigration system. “Legal permanent residents can be deported if they commit certain crimes, including ones that occurred many years in their past,” notes NBC News. Other veterans just assumed that enlisting and serving in the military meant an automatic path to citizenship.

Last year, NPR covered the story of one undocumented immigrant who produced a fake birth certificate in order to enlist during the Iraq War. Daniel Torres was deployed to Fallujah and was readying for a tour in Afghanistan when he lost his wallet. “When he tried to get his ID replaced, his story came apart,” said NPR. He was deported:

Naturalization used to be part of basic training, but the laws changed, [Margaret Stock, a former Army lieutenant colonel and an immigration lawyer] says. As a result, lots of green card holders went to Iraq and Afghanistan without becoming citizens. She says the Obama administration has been aggressive about deporting immigrants who commit crimes, including veterans, though no one knows an exact number. It’s rare enough that even Marine Daniel Torres says he’d never heard of it.

“When I got to Tijuana, I thought my case was unique. It wasn’t until I found this place that I realized it was a bigger issue,” Torres says.

According to NBC News, nearly 11,000 non-citizens currently serve in the U.S. military, with another 12,000 in the Reserves. “From the Revolutionary War to the current conflicts in Afghanistan and Iraq, immigrants have made significant contributions to the United States by serving in our military forces,” states the Immigration Policy Center, with more than 53,000 immigrants becoming U.S. citizens through serving in the military as of 2009. At least 119 immigrants posthumously earned their citizenship after dying in combat, including Lance Cpl. Jose Gutierrez, a formerly undocumented immigrant who was among the first Americans to die in Iraq.

Despite multiple Vietnam War deferments due to dubious medical claims and a history of insulting remarks directed at the family of fallen soldier Humayun Khan, Sen. John McCain, and veterans with PTSD, Donald Trump promoted himself as the pro-military candidate. Here’s his chance to put his money where his mouth is and help some vets who deserve a second chance after serving this country. But then again, they are immigrants. 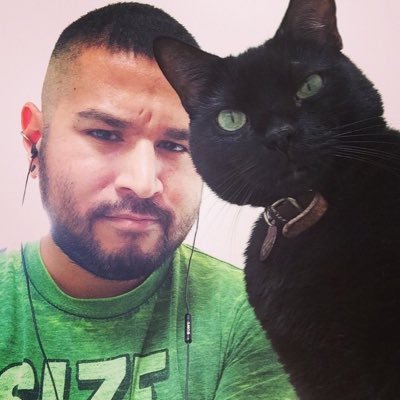