Uxmal impresses both with scale and details

UXMAL, Yucatan — The Uxmal Mayan archaeological site impresses not only with its large scale, but also with its fascinating details.

Uxmal, which along with Chichén Itza is included on UNESCO’s list of World Heritage Sites, may not be as famous or popular as Chichén. But this fact makes it all the more appealing to a visitor who wishes to appreciate the majesty of Mayan architecture while avoiding the throngs of tourists and vendors who now envelope Chichén. 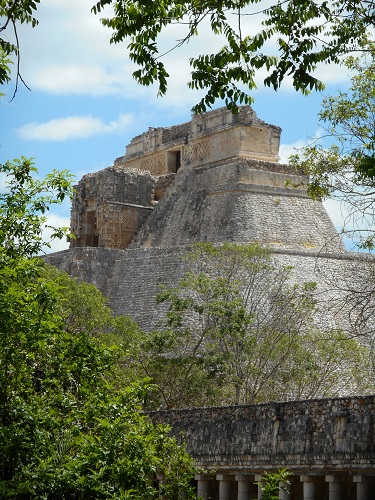 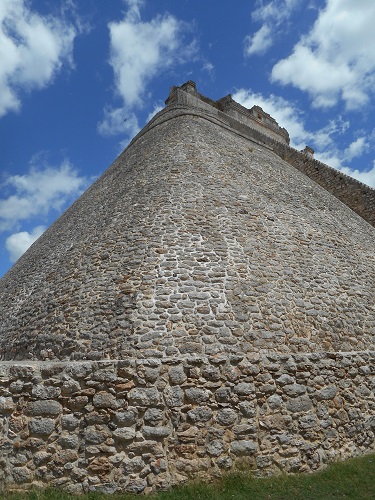 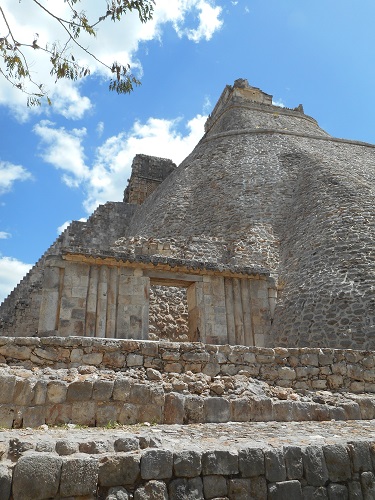 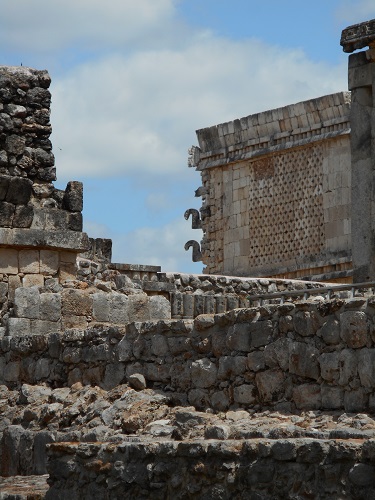 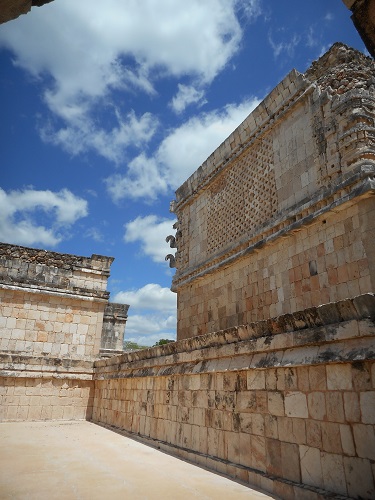 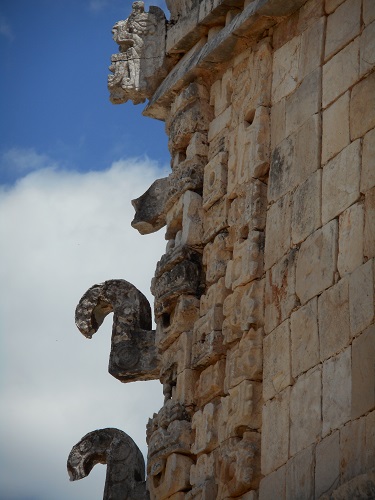 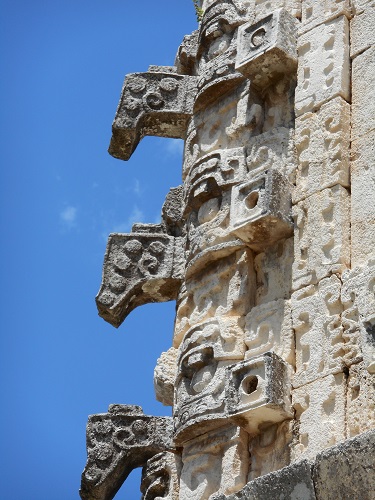 Uxmal’s massive Pyramid of the Magician has as much “wow” effect as Chichén’s Pyramid of Kukulcan. Its curved lines also make it unique among Mayan sites in Yucatan.

While the scale of the Magician’s Temple, the first structure you see upon entering the site, leaves an indelible impression, wandering through the site reveals many other compelling details. Even casual visitors are able to observe the Mayan fascination with serpents and other animals, for example.

Located about 60 miles south of Merida, Uxmal is easily accessible by rental car, tour bus or public transportation. The roadways connecting Uxmal with Yucatan’s capital are mostly well-maintained, and once you get outside Merida, not congested. If you drive, having a good map and familiarizing yourself with the route before departure are advisable, as directional signage can be vague. 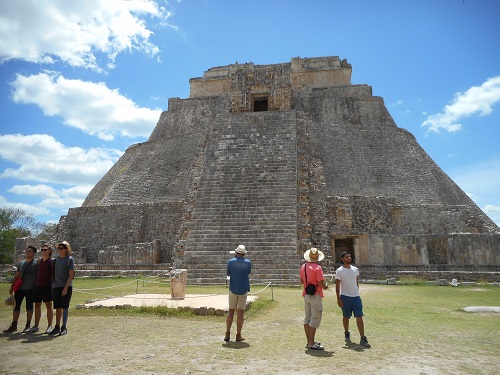 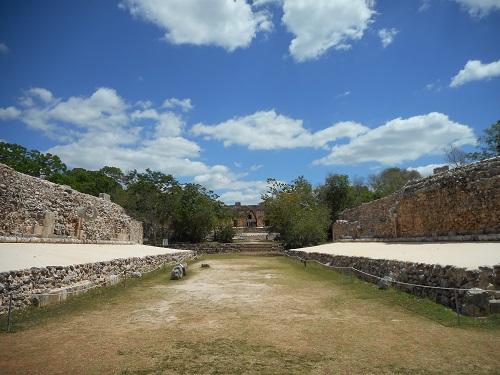 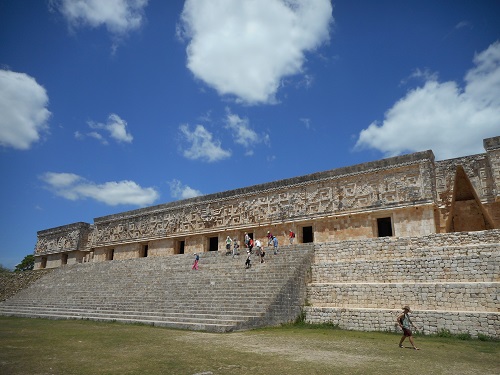 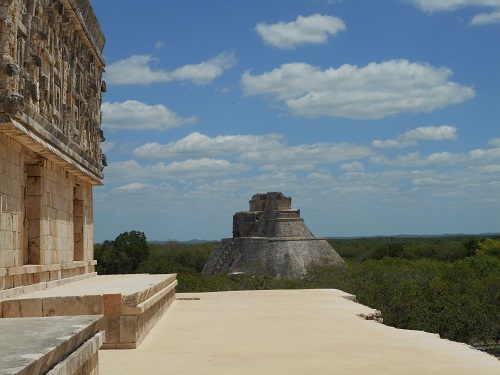 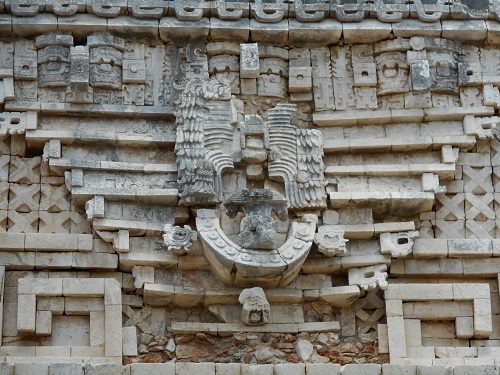 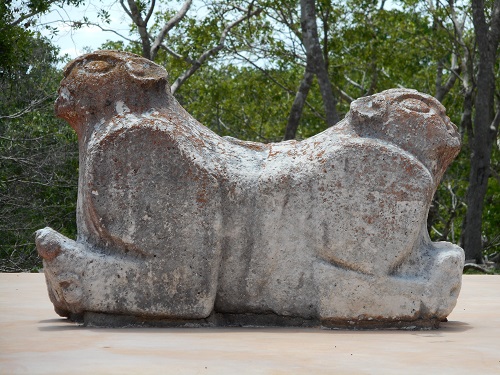 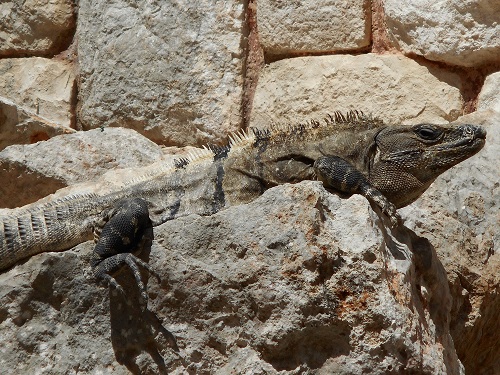 Admission fees to the site are reasonable, but vary with status as Mexican citizen or foreigner. A nightly sound and light show has a separate entrance fee.

Three hotel options in various price categories are available within walking distance of the archaeological site.

If you have additional time after visiting Uxmal, several other Mayan cities of interest along the so-called Puuc Route are located nearby.

For more information, a good place to start is http://mundomaya.travel/en/arqueologia/top-10/item/uxmal.html.