The first FIVS Contest 2013, organized by the National Institute of the Fund for Workers’ Housing, was convened within the framework of the 5th International Forum of Sustainable Housing (FIVS), with the subject of “intra-urban social housing”, which was held November 25-27, 2016 at the Yucatán Siglo XXI Convention Center in Mérida. The winner was recently announced.

The competition’s objective was to find and disseminate creative practices for housing, considering the location, equipment and infrastructure for the management of social housing based on an efficient, compact and sustainable model.

For this first contest the development of a social housing model was proposed in Mérida, Yucatan. The model would involve the immediate environment as a working area to reactivate urban zones with a regional dimension based on the New Housing Policy promoted by the Ministry of Agrarian, Territorial and Urban Development (SEDATU), the National Program for Urban Development and Housing 2013-2018, and the municipal regulations. In this sense, the competition fosters a coordinated collaboration between Infonavit and the different Architecture Schools of the country in order to show a comprehensive view of the design and construction of housing towards sustainable development in Mexico.

The urban design elements, square meters per dwelling and densification proposals establish that the optimum population density for the new developments favors a compact and sustainable city of 252 inhabitants per hectare. The project considered the mixture of single and multifamily houses, its regional components and the municipal regulations. The competition set the parameters for a redefinition of pre-established housing standards, the consolidation of compact cities from reduced areas that reactivate urban voids, as well as the delimitation of a potential demand for housing of regional social interest.

The Jury was integrated by state authorities as well as experts in the field of sustainable urban development. They highlighted the work done by the 41 pre-selected teams from 12 universities. At the same time, they recognized the urgent need to include housing projects in the university’s academic programs, in order to facilitate the understanding of the current demographic situation of the country in terms of housing and urban development. The work proposals were evaluated with respect to the following points:

The C-FIVS-050 project was successful in understanding the site as an active part of the city by proposing an urban sub-center that transcended the two specific areas of the contest. It was proposed sports equipment with public spaces, pedestrian accessibility, public transport and parking places, as well as the construction of corridors throughout the whole development to facilitate the pedestrian circulation. 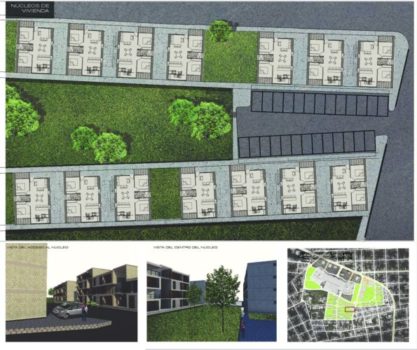 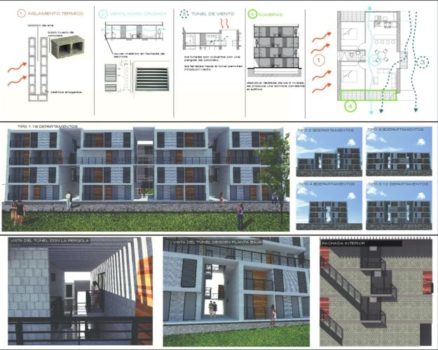 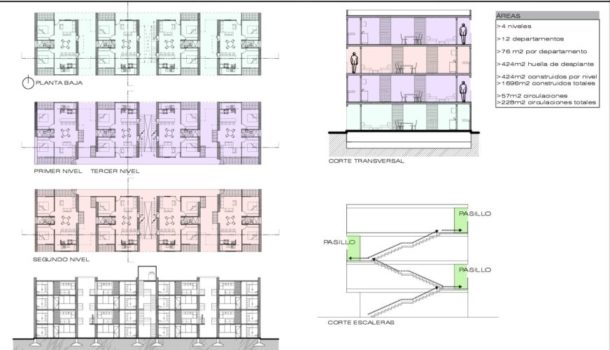