U.S. and Mexican university presidents to meet in Guadalajara

 A delegation of 40 people composed of 26 university presidents, 7 university directors, 6 accompanying people, and the President of the Council of Independent Colleges (CIC) of the United States will visit Guadalajara from the 29th to the 31st of March.

 The Mexican and North American university authorities will analyze the perspectives of collaboration within the current situation.

With the objective of deepening the collaboration, the communication bridges, and the understanding between Mexico and the United States, a total of 26 university presidents, 7 university directors, 6 companions, and the President of the Council of Independent Colleges (CIC) will visit the city of Guadalajara from the 29th and the 31st of March, as part of an initiative led by the Federation of Private Mexican Higher Education Institutions (FIMPES). The visit is organized as a joint effort of Universidad del Valle de Atemajac, Universidad Panamericana, campus Guadalajara, and Tecnológico de Monterrey, campus Guadalajara, with the generous support of Santander UNIVERSIA. 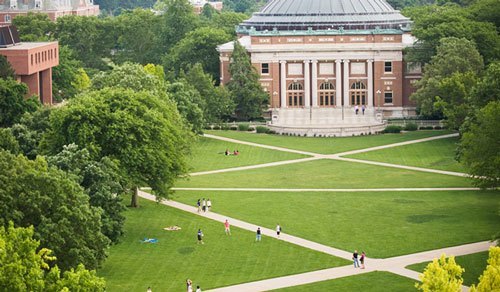 During the summit, the university authorities belonging to CIC and those from FIMPES will have a discussion regarding the perspectives of collaboration between universities of excellence in Mexico and the US within the current environment full of great challenges and misunderstandings in the recent process of integration and understanding in the North American region.

Furthermore, they will explore joint processes to foster student and faculty mobility, as well as the execution of collaborative research projects and shared development programs. The summit will take place in the city of Guadalajara, in the UNIVA, ITESM and UP campuses. We will also have the participation of Mr. Jaime Reyes, Secretary of Innovation, Science and Technology belonging to the State Government of Jalisco; Mrs. Tanya C. Anderson, General Consul of the United States in Guadalajara; Mr. Pablo Lemus Navarro, Major of Zapopan, Jalisco; authorities of the Mexican government, and Dr. Arturo Cherbowski, Executive Director of Santander Universities and General Director of UNIVERSIA in Mexico.

The Council of Independent Colleges is one of the most extensive university networks in the US, gathering over 600 North American nonprofit universities and colleges which share the teaching of values, the creation of groups of small scale, and the institutional partnership with the community. The visit to Guadalajara is led by Mr. Richard Ekman, President of CIC, and it is made up of 26 presidents and 7 directors of institutions based in 15 states of the United States (Alabama, California, North Carolina, Colorado, Illinois, Iowa, Massachusetts, Michigan, Mississippi, Nebraska, New Jersey, Ohio, Pennsylvania, Texas, and Virginia). FIMPES, on the other hand, is largest network of private universities in Mexico. It was created in 1982 and hosts 108 prestigious universities that serve different socioeconomic sectors in all the geographical areas in the country; altogether, they have an enrollment of more than 650 thousand students (equivalent to the 60% of the total students attending a higher education private institution). FIMPES has as its main objectives the Institutional Accreditation of Quality in terms of the academic offer that its members offer to society and the encouragement of collaboration between affiliated universities and Higher Education Institutions from other countries as well. Currently, the President of Universidad del Valle de Atemajac (UNIVA), Rev. Francisco Ramírez Yáñez, presides over the executive committee of FIMPES.