Solar energy market in Mexico will grow 150 percent during 2017

The increase in the market would mean a business of $250 million USD, which doubles the figure registered in 2016.

“During 2017, it is expected that at least 40 thousand solar electric generation systems will be installed in Mexico, which means an increase of 150 percent compared to last year”, said Marco Avila, CEO of the solar panel installation company INBROTEK in Mérida, Yucatán.

In an exclusive interview with The Yucatan Times, Mr. Avila stressed that this would mean a business of $250 million American dollars for Mexico, which will double the figure registered in 2016.

“This is possible thanks to the new rules for distribution of electricity generation systems published by the Energy Secretariat in conjunction with the Energy Regulatory Commission,” Avila continued. 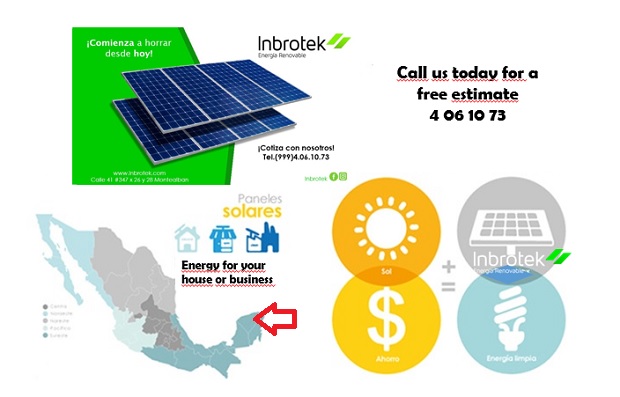 “The important thing from now on will be to obtain the resources that allow us to install or rent generation equipment,” he explained. 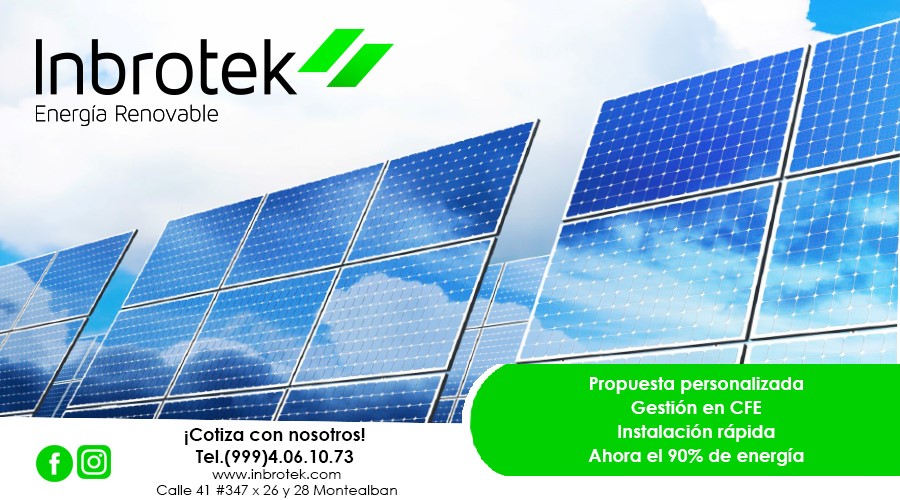 Avila stated that if the projections are correct, by the year 2018, the solar panel market in Mexico will increase its value up to $500 million USD.

He considers that, in the Yucatan Peninsula, there is a market of at least 100 thousand domestic users that can invest in these types of systems. And there are approximatelly 30 thousand active contracts right now, so that still leaves a potential 70 thousand homes or businesses that could be willing to install solar energy infrastructure,” concluded the CEO of INBROTEK in Mérida.