Two weeks ago I went to a talk at the UADY by entrepreneur social advocate Alejandro Legorreta and el guapo actor/social advocate Diego Luna. I regularly read Legorreta´s articles about social advocacy here in Mexico, especially here in Merida, and was reading one of his articles about a book he has written in collaboration with his team and prefaced by Diego Luna. The book is called Corrupcionario. It is a humoristic encyclopedia, written with an element of the Mexican picaresque style using comedy and satire to define commonly used words in Mexican Spanish for different types of corruption. In a witty and telling way, the book exposes the reality of the general public’s resigned acceptance that corruption is just a way of life here. And prompts the reader, through tears of laugher and carcajadas, to think about how really messed up things are in a society complacent to the pervasive corruption that plagues it.

The talk was given in the style of the book. It was funny, light, yet brought to mind the seriousness of the situation of corruption and left me pondering: In what way does corruption affect my life and maybe even more important–in what way am I participating in that corruption? I enjoy his articles because he brings to light the issues all people face spanning all social classes and they are, in a subtle way, a sort of call to action. At the same time, he doesn’t pinpoint specific people or focus only on the politicians who– let`s face it–most of us consider synonymous with corruption. Corruption shows its face in many ways. It manifests in the form of paying to hold a spot in line, in the nepotism that rejects a perfectly qualified low-income university graduate from a job, in favor of a cousin with no suitable qualifications except for a last name. It reveals itself in the paying of a mordida to the cop who just busted you for drinking and driving. Yes, the cop shouldn’t take or suggest the bribe, but it takes two to tango…so they say. People use corrupt ways to get ahead, to make money, but also to get out of things they would rather not own up to. Just makes me think, are we willing to stand up against corruption including our own? Or are we all just resigned to blowing smoke and being a member of the complacent class?

The following day after the talk, I decided to challenge my Spanish students to discuss the topic. Everyone has an opinion on or experience with corruption and I wanted them to not only tell about their experiences in Mexico which, sad to say, everyone has had, but also with their experiences back home in the US or Canada. All my students enthusiastically told, in Spanish, how corruption suffuses their home country. It is seen mostly with nepotism and government contracts or political contributions, but also in the housing market and paying people or having a connection in order to get required documentation to go through. This was a topic where I was able to get students to reach for all sorts of unknown vocabulary words and terms!

Here is one of my favorite terms from the book Corrupcionario…if you have lived in Mexico for more than a day, you have heard the word trámite:

Trámite: A mandatory (legal documentation) process, even free in a considerable number of cases, that government offices try to pass off as a favor to the taxpayer–well, us. They waste your time, money and take away the hope of resolving the problem that is worrying you.  And on top of all that, they attend you with the laziness of a hibernating bear that has a long time till the arrival of spring. LOL.

To practice your Spanish and read some thought-provoking articles about our beloved Mexico check out Legorreta’s website: alejandrolegorreta.com. 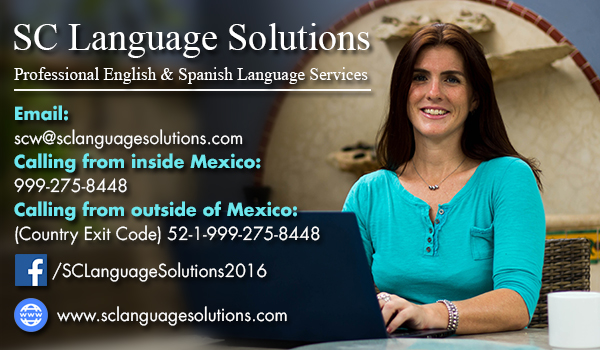