Mexico City, March 10, 2017 – Today, the U.S. government donated to Government of Mexico security forces nearly $900,000 USD of specialized personal protective equipment including coveralls, gloves and masks that will help to safely dismantle and destroy clandestine narcotics labs. The equipment will be distributed to security forces along the Pacific coast, where the majority of clandestine labs in Mexico are located.

This equipment donation under the Merida Initiative is part of the extensive bilateral collaboration to counter the manufacture and distribution of synthetic drugs and precursor chemicals by transnational criminal organizations. In addition to the equipment donation, U.S. government personnel exchanged information with Government of Mexico personnel from a number of federal agencies to include SEDENA, the Office of the Attorney General (PGR), the Federal Police (PF), the Federal Commission for the Regulation of Hazardous Materials (COFEPRIS), Customs (SAT), and the Navy (SEMAR). These agencies have also received training on how to investigate and safely dismantle clandestine laboratory sites. 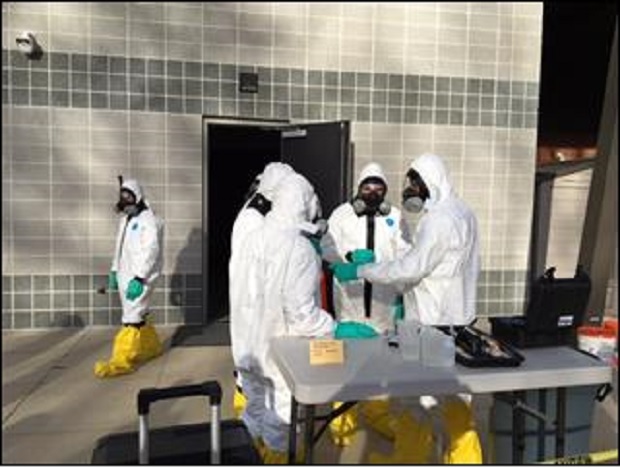 The U.S. government remains committed to working with the government of Mexico to enhance its ability to confront the shared challenge of disrupting synthetic drug production and distribution.

Press release by the U.S. Embassy in Mexico