Many companies steer clear of bidding for border wall work

Hundreds of companies have been eyeing work on President Donald Trump’s 30-foot border wall with Mexico. Some, however, won’t touch it with a 10-foot pole, reports Bloomberg News.

Mexican cement giant Cemex SAB won’t participate, though it is well positioned to profit with plants on both sides of the border.

Neither will Vinci SA, a big French engineering company, after Chief Executive Officer Xavier Huillard cited the “sensitivities” of employees. Emmanuel Macron, frontrunner for the French presidency, has warned LafargeHolcim Ltd., the world’s largest cement maker, to steer clear. Union leaders at that company have branded the wall undemocratic.

And Democratic lawmakers in California — the state that, for many, stands for everything Trump doesn’t — have gone further, threatening to cut ties with companies that work on the project. 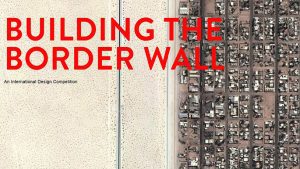 “If they participate in something so harmful to California’s economy and environment as a wall, then we don’t want to do business with them,” said state Senator Ricardo Lara, who introduced legislation that would blackball them from government contracts.

There is little doubt that if Congress finds as much as $25 billion to construct the wall, someone will happily take it. But increasingly, major corporations are weighing potential profit against political costs.

Trump touted his wall from the beginning of his campaign as a way to cut off the northward flow of Mexicans, whom he labeled criminals, drug dealers and rapists. Supporters cheered, while opponents whacked Trump pinatas. Now, companies on both sides of the more than 1,900-mile (3,060 kilometer) border and across the Atlantic are caught in the political storm.