Latin America begins lining up with Mexico vs. Trump

Andres Oppenheimer writes in the Miami Herald that Latin America has remained fairly quiet during President Trump’s confrontation with Mexico so far, but that could change very soon. Countries in the region are planning several top level meetings where they could agree to support Mexico, confront Trump’s isolationist policies and perhaps improve ties with China.

Chile — the current president of the Pacific Alliance trade bloc made up of Mexico, Colombia, Peru and Chile — has announced it will host a meeting of Asian and Latin American countries March 14-15 to seek new ways to promote trade across the Pacific Basin following Trump’s decision to withdraw from the 12-country Trans-Pacific Partnership (TPP) agreement.

The TPP had been signed by the United States, Japan, Australia, Canada, Mexico and several other Asian and Latin American countries. It did not include China, and was seen by many as an Obama administration effort to counterbalance China’s growing economic influence Asia. Trump scrapped the TPP immediately after taking office, claiming it would hurt U.S. workers.

Chile is also convening a meeting of Latin American foreign ministers from the Alliance of the Pacific and Mercosur trade blocs in April. At that meeting, they will seek new ways to increase trade among the two regional trade blocs, and will discuss the regional challenges in light of Trump’s threats to build the border wall and impose import taxes on Mexican products.

The decision to hold the Latin American foreign ministers conference came at a recent summit between Chilean President Michelle Bachelet and Argentine President Mauricio Macri. It will include all members of the Pacific Alliance and of the Mercosur trade bloc, made up of Brazil, Argentina, Paraguay and Uruguay.

In addition, the U.S.-Mexico spat is almost sure to come up at the Organization of American States annual foreign ministers meeting to be held in Mexico in July. And in January 2018, Chile is scheduled to host a foreign ministers’ meeting of Latin America’s CELAC regional diplomatic group with China. 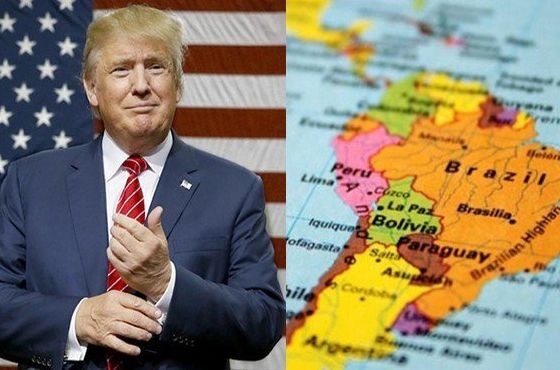 When I asked Chile’s foreign minister, Heraldo Muñoz, in an interview on Wednesday whether these meetings will produce a joint Latin American stand against Trump’s isolationist policies, he said that in light of the “uncertainty and protectionist and nationalist pressures” in the United States and Europe, these meetings will try to generate “a political signal in support of more trade, more opening, more regional integration.”

Muñoz told me China will be among the TPP member countries that will participate in the March meeting in Chile. The Chinese government “will probably send a high-level representative,” he told me.

Asked whether China is likely to increase its influence in Latin America in the aftermath of Trump’s retreat from the TPP deal, Muñoz said that “history teaches us that when there are empty spaces in politics and in actions, those spaces are filled by other players.”

He added that Chinese President Xi Jinping created a “big impression” with his speech in support of free trade and open economies in his recent speech at Davos, Switzerland. “Obviously, in the current scenario China could play a bigger role” in Latin America, he said.

On whether the upcoming regional meetings will produce a joint Latin American stand in support of Mexico, Muñoz told me, “We all support Mexico, but we must do whatever Mexico considers pertinent. If Mexico wants a show of support such as the one several countries have already done at a bilateral level, it could be considered.”

My opinion: As of today, we have not seen a joint regional condemnation of Trump’s politically-motivated vows to build a border wall, and make Mexico pay for it, because the Mexican government has privately asked fellow Latin American countries to wait and see whether Trump will carry out his plans.

The Mexican government’s current view is that that Trump is a hothead who, if antagonized by a strident Latin American stand in support of Mexico, would only double down on his anti-Mexico stands.

But if a few weeks go by and Trump continues to attack Mexico, using it as a convenient scapegoat to keep xenophobes within his base happy, I would not be surprised to see an escalating Latin America-U.S. confrontation. And the big winner, of course, would be China.