CANCÚN — As part of the investigation into the shooting at the Blue Parrot nightclub in Playa del Carmen, the State Attorney General’s Office (FGE) shared information with agents of the U.S. Federal Bureau of Investigation (FBI).

The head of the Quintana Roo agency, Miguel Angel Pech Cen, announced that the information was useful and necessary for the development of the investigation, according to Notimex.

In fact, he said he expects the trial judges to issue the corresponding arrest warrants for the murder of six people and 15 injured inside the nightclub, where the BPM electronic music festival was wrapping up.

In an interview, he reiterated that with recent changes in the application of justice, the ministerial investigations have been adjusted, so it must be handled with secrecy as required by the National Code of Criminal Procedures.

“A mistake in the investigations would be not to present the conclusive evidence and that would be very bad for the Prosecutor’s Office,” he added.

He maintained that in the case of the shooting in Playa del Carmen there are significant advances, necessary information that is released and is being processed.

“We even have witnesses, let’s call them protected, which are giving us very similar indications. Even with people that we have arrested for matters with drug sales,” he said. 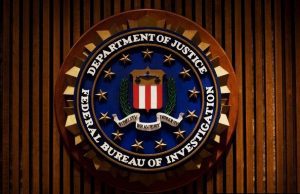 In an interview he gave in Cancún, during the inauguration of the Traveling Fair of Security in Region 95 of Cancun, prosecutor Miguel Angel Pech commented that in Quintana Roo several organized crime groups are seeking to reorganize or sell narcotics at retail.

However, he stated that he has no information that it is a new criminal drug group in Quintana Roo and that, in any case, the Attorney General’s Office (PGR) will clarify this situation because of its responsibility in combating organized crime.