U.S. TV host Conan O’Brien is set to embark on his new travel show, set to air March 1 and titled “Conan Without Borders: Made in Mexico.”

O’Brien will travel to Mexico for the series and will employ a solely Mexican staff and crew.

This week he revealed who will be appearing on the show: the high-profile actor Diego Luna and former Mexican President Vicente Fox, who has made trolling U.S. President Donald Trump on Twitter into his new hobby.

Both Luna and Fox have criticized Trump and his policies, setting the stage for O’Brien’s show to get political. 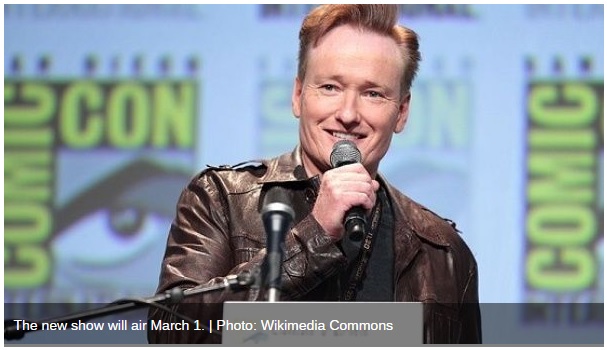 “As you all know, it’s sort of fraught times right now, tense times,” O’Brien said. “Our country’s immigration policies are certainly in the news, including, of course, our relationship with Mexico”.

“Now, there’s been a lot of talk from President Trump about building a wall along the Mexican border, and then imposing a stiff tariff on Mexican goods. It got a lot of people upset. Well, I want to take things in a more positive direction.” he concluded.