Another car-service platform prepares to launch operations in Merida

At the moment, the platform is not activated nor does the company provide the service, as the State Transportation Directorate has not yet responded to the application for registration or delivery of the certification to work under the Transport Law.

The general director of ABY, Jorge Arámbula Barragán, said that last November they began the company’s organization and the procedures to work according to the law. It was the last technology platform company that delivered its documentation to the Transportation Directorate within the established period.

“We are not operating at the moment,” he said. “When they give us the permission and we are legal we will give the service”. 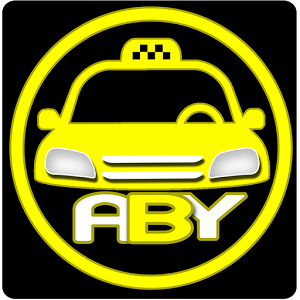 As he said, they are currently in the process of providing information to interested partners and drivers, how they will work and the fee schedule for a fixed fee lower than what other platforms charge.

Arámbula Barragán informed that the company has good acceptance and have approached many drivers of Uber. This company, as we reported, is in conflict with the government because it refuses to register with the Transportation Directorate.

The ABY still has not defined its register of partners and drivers. In social networks, such as Facebook, the new company announces that it is a few days until startup and that it is a 100% Yucatecan company. It will offer a new option for taxi service and recommends saying goodbye to paying excessive fees. “For your safety, we are complying with all the provisions of the Transportation Directorate,” it says.

The promotion of its platform includes the image of the imitator Pierre David.

The platform is available for iOS and Android. It is located in social networks like “Cheap Autotaxi Yucatan” #PideABY #Yucatan #Taxis #Download #Comparte #Pierre David Sansores.

Meanwhile, drivers and owners of vehicles in the service of Uber planned to stage a massive protest Thursday Feb. 23 in front of the building of the Transportation Directorate to demand the return of seized cars.

On Tuesday a small group of “ubers” appeared in that office, but was ignored by the director Humberto Hevia.