50th Anniversary of the Treaty of Tlatelolco

50th Anniversary of the Treaty of Tlatelolco

Fifty years ago, on February 14, 1967, the Treaty of Tlatelolco opened for signature. This landmark Treaty led to the establishment of a nuclear-weapon-free zone in Latin America and the Caribbean, the first agreement to prohibit nuclear weapons in a populated area. It paved the way for other similar zones that now cover 114 countries in four other regions of the globe, as well as the Nuclear Non-Proliferation Treaty. All of these nuclear-weapon-free zones were negotiated on the basis of arrangements freely arrived at among the States within the region concerned, a principle affirmed by the 1999 United Nations Disarmament Commission guidelines on nuclear-weapon-free zone. This practical and realistic approach has enhanced global and regional peace and security and strengthened the global nuclear nonproliferation regime.

By keeping Latin America and the Caribbean free of nuclear weapons and establishing a model for other regions to follow, the Treaty of Tlatelolco serves as the international model for limiting the risks of nuclear war and strengthening regional nuclear nonproliferation. We celebrate the wisdom of its drafters fifty years ago, and rededicate ourselves to work together to build on its promise. 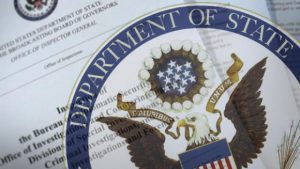