Given the times, it is especially important for us to remember that art knows no boundaries.  Art unifies and transcends borders.

Soho Galleries invites you to celebrate and support this movement by attending our “Open Borders” exhibition, which features the work of 3 artists from neighboring countries: Mexico, the United States and Cuba.  Three countries with different cultures and visions, but connected by the same desires to create and share artistic expression.

Anna’s technique of combining photography with paint using oils painted on transparent acrylic surfaces emerged in 2011.  She leaves empty spaces of color that allow the work to coexist with the space in which it is mounted.

This exhibit includes images of the bustling Merida Mercados alive with local indigenous vendors and all the vibrant color of the mercados and streets of Merida.

The work of U.S. artist Mark M Mellon dictates the expression of men and animals as we explore our role and place in this universe. Drawing inspiration from primitive art and a varied range of Modern Art, Mellon combines the harmony of images in an abstract and surrealistic way. Working with painting, ink and sculpture, Mellon has created a world and environment that invites the public to enter and participate with images and find meanings for themselves.

Mellon has recently taken up residence in Çanakkale, Turkey, where he works from his studio.

His work is collected worldwide, and is represented in Mexico exclusively by SoHo Galleries in Merida, Yucatan. 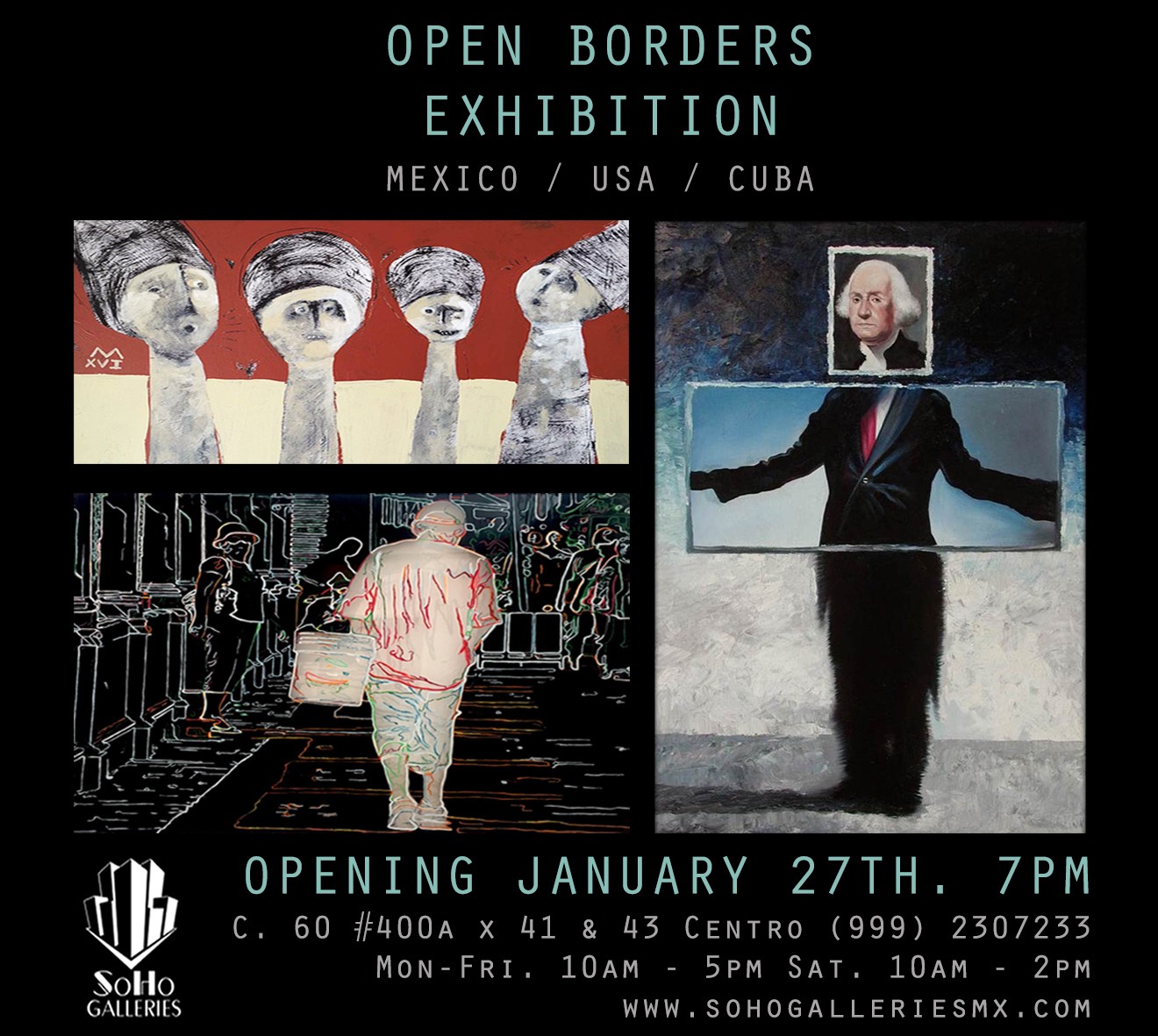 Graduated in 2007, Ihovany Abreu has two first prizes in painting in the Salon Provincial Martiano and in the International of Plastic Arts Cuba – Asturias.

The Cuban artist feels, thinks and loves art. His work addresses the deterioration of men in captivity and love as the highest expression of human beings. His concept refers mainly to the man and his existential preoccupations.

He intends to claim the culture of his country beyond the companies. Your work reaches the hearts of the people. For this exhibition, Ihovany presents a series of portraits in charcoal and oil on canvas.

The opening exhibition at Soho Galleries will take place on Friday, January 27th at 7PM.  Come and meet the artists and hear them talk about their work.   Celebrate art and its role in uniting and opening borders!

The exhibition will remain hanging in the gallery until February 28, 2017.