An obstruction in the intestine caused a failure in its lungs and its heart stopped beating.

The obstruction was detected four days earlier, mobilizing the veterinary staff of the Zoo. It was caused by calcified stones. The situation was complicated by the finding that the animal was pregnant.

It would have been the fifth offspring of “La Mamá“, who had already given birth on four occasions: two during her stay at the old “Centenario” Zoo and two more in Animaya. The veterinarians noticed an usual behavior in the animal: she looked very tired, did not want to eat and kept vomiting.

These symptoms motivated them to conduct an examination and then place the patient under strict observation. 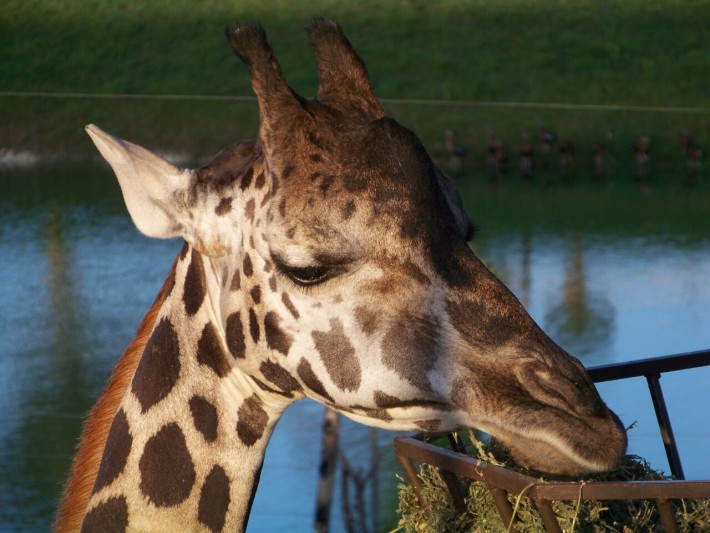 The general coordinator of Animaya, Veterinarian Fernando Manuel Victoria Arceo, detailed that as part of the protocol of intervention, and the animal was separated from the other giraffes when the obstruction was detected.

During these four days and four nights several treatments were applied to motivate the intestinal movement and intensive care to avoid the suffering of “La Mamá“, who by the way, was highly appreciated by the Zoo staff.

“‘La Mamá’ collaborated at all times during the treatment and despite the difficulties, pain and suffering, she constantly struggled to stay alive. However, the damage caused by the calculus along with the age of the animal, was far greater than its extraordinary resistance”, Victoria Arceo said.

He added that during the process to contain the distension in the digestive system caused by stones, the heart of “La Mamá” stopped beating, a consequence of her pregnancy, added to the pressure exerted on her abdomen.

Victoria Arceo said that “La Mamá” was an extraordinary giraffe, because for several years it provided joy and enchantment to the people of Mérida, every time one of her young was born.

“She was a docile giraffe, and all the Animaya staff were very fond of her for so many good times shared with the zoo visitors”, he continued.

The news of her death and the struggle over several days to try to save her unborn child shocked all the zoo personnel, who proceeded to place a large black bow in the area where she lived.

“It is a great loss, however, it is also a sample and a great lesson of what a mother can do for her young, even in situations of survival”, concluded Animaya’s general coordinator; who proceeded to deliver a report of the situation to the proper authorities.