The handover of power in the United States is not just a change of guard for that country but a defining moment for the 7.4-billion people who inhabit this planet.

Whether through his agenda and policies (presuming something vaguely coherent emerges) on climate change, global security, immigration, human rights or the economy, President Donald Trump will impact the future of the world and how we live in it. It is not unreasonable to feel afraid about the new world order.

Leadership in the world today is complex. Vision, political savvy and experience count little as unorthodox personalities with non-traditional politics rise to the top. As some nations become more insulated, they look for leaders who embrace self-interest and eschew the idea of open societies.

The rise of populism and white nationalism has led to a shake-up of the world order, with the election of Donald Trump as the 45th president of the United States as their crowning moment. 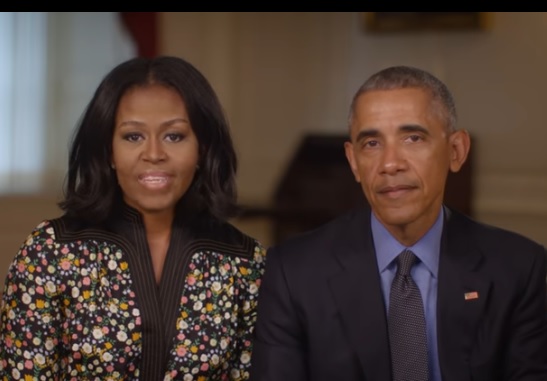 Obama’s final press conference as President, which took place on Wednesday afternoon in the White House briefing room, was a curious affair. On the face of things, it was a low-key event, in which Obama seemed to go out of his way to avoid criticizing Donald Trump or getting drawn into the many controversies that have recently enveloped his successor. But that wasn’t the full story.

The press conference was also a not-too-subtle rebuke of Trump, a warning about the dangers that his Presidency presents, and a signal that we haven’t heard the last of Obama.

Referring to his conversations with Trump since Election Day, the President said, “They were cordial. At times, they’ve been fairly lengthy and they’ve been substantive.” Asked whether he supported plans by a number of congressional Democrats to boycott Trump’s Inauguration, Obama declined to comment. “All I know is I’m going to be there,” he said. “So is Michelle.”

Comedian and TV show host Ellen DeGeneres dedicated her program to Obama on Thursday January 19, with a look back at the time she spent with him and first lady Michelle Obama over the past eight years.

Although he only appeared on “The Ellen DeGeneres Show” twice, once when he was just starting his run for president and another time for a sit-down with DeGeneres in 2016, there’s always been clear respect between the two.

In November, Obama awarded the comedian the Presidential Medal of Freedom for her advocacy in the LGBT community and ability to make “you laugh about something, rather than at someone.”

The tweet reads: “It’s been the honor of my life to serve you. You made me a better leader and a better man. I won’t stop; I’ll be right there with you as a citizen, inspired by your voices of truth and justice, good humor, and love.

As we look forward, I want our first steps to reflect what matters most to you.

Obama and Michelle posted a video to YouTube Friday morning to say goodbye to the country, and to let everyone know what’s next for the Obamas.