What does the future hold for U.S. expats in Mexico?

Bernard Wasow, a former professor of economics at New York University who lives in Mexico, writes on theglobalist.com that there is concern among his compatriots about their future in their adopted country.

A rather somber group of expatriates celebrated Thanksgiving together at a spectacular restaurant overlooking the small town in which we make our home in central Mexico.

Only two dozen of the several hundred Americans living in this pretty village in Michoacan state participated.

All of us are apprehensive about just how Donald Trump, the soon-to-be U.S. president, will go about implementing his aggressive statements toward Mexico and Mexicans. Nobody knows what to expect.

US citizens who live in Mexico

For all the hot exchanges during the just concluded 2016 campaign over immigration and North American economic integration we are part of a population that has got almost no mention: U.S. citizens who live in Mexico. 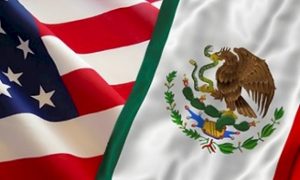 True, our fate is not likely to be as tragic as the millions of Latinos living in the United States who stand to suffer if Trump’s threats are carried out — mass deportation, seizures of remittances and stop-and-search tactics directed toward anyone suspected of being Latino. Still, we are anxious.