American Airlines, Delta, Southwest and Hawaiian are the first airlines that under the new bilateral air agreement between the United States and Mexico requested routes to fly between both countries and to which their permits have already been authorized, Notimex reported.

The deputy minister of Communications and Transportation (SCT, for its acronym in Spanish), Yuriria Mascott, said there is one more airline that is about to receive the permit.

“Five applications have arrived, of which there are between three and six routes for each one of the airlines; permission to four already have been granted and we are about to grant one more, although four are solved”, the official specified.

Interviewed at the end of the meeting with representatives of the media with the head of the SCT, Gerardo Ruiz Esparza, the official said that the destinations in the country are Cancun, Mérida, Monterrey, Los Cabos, and Puerto Vallarta, to mention a few. 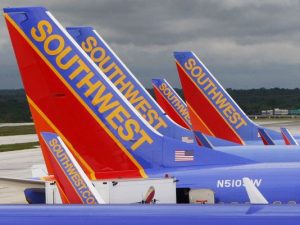 “To this day, we have no request for the Mexico City International Airport,” he said.

The agreement, which entered into force on August 21, replaces the one that had been in force since 1960 and whose most recent update was made 11 years ago.

The new agreement creates the conditions for Mexican airlines to effectively compete with the American ones, preserve the domestic market for the domestic industry and promote more and better alternatives for users, as well as open a cargo market for more than 500 billion dollars a year.

Therefore, since the date mentioned, US airlines wishing to operate new routes or frequencies in Mexico under the new agreement may submit their request to the Directorate General of Civil Aviation (DGAC, for its acronym in Spanish), which according to the Civil Aviation Act it has a deadline of up to 90 days to resolve each request, once it is duly integrated.