Concrete progress in 2016 toward achieving a large Central Park-style green space in downtown Merida can be seen in the Mexican federal government’s decision to move railroad yards out of the La Plancha facility and in a soon-to-be-completed park master plan.

These and other positive developments were touted by park promoters at a public meeting attended by about 100 residents of the area and other interested individuals Thursday Dec. 1.

Members of a committee that is the driving force behind the proposed park spoke and fielded questions from audience members on concerns like possible impact on property values, traffic and trash generated by park users during concerts and events.

“Two years ago, we didn’t have anything more than good intentions,” said Arturo Novelo Dorantes, a lawyer who is the park committee’s spokesman, speaking in Spanish. “Today, we have solid information and the participation of many important citizens and experts.”

In an interview before the meeting, Jack Robinson, another member of the organizing committee, confirmed the master plan will soon be forthcoming for Gran Parque la Plancha, which intends to convert abandoned railroad yards between Calles 55 and 43 and Calles 48 and 46 into a much-needed park that would reclaim a no-man’s-land and eyesore in Merida’s urban core. 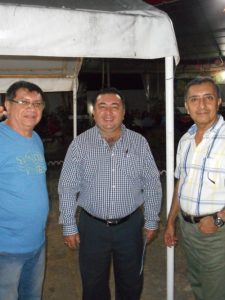 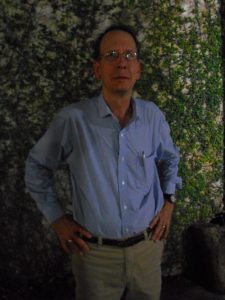 Promoters of the massive $100 million USD, 24-hectares (52 acres) project, which has been on the drawing board since 2014, are courting support from politicians who may succeed Yucatan Gov. Rolando Zapata Bello and Merida Mayor Mauricio Vila Dosal, and even President Enrique Peña Nieto.

Robinson noted that because all three officials will be replaced in 2018,  “There will be a lot of new people to work and confer with, but this is good timing for the park,” he said.

With help from landscape architecture programs at universities UNAM in Mexico City and UADY in Merida, a master plan for La Plancha is under development and will embody a new approach to park-building in Merida, Robinson said. “These are experts in creating parks, and through cooperation between them and the community, we will develop a park that accommodates the needs and wishes of a city with more than 1 million citizens.”

The preliminary plans for La Plancha envision a large green space that will also utilize the abandoned railway warehouses and train cars for retail shops, classrooms and restaurants.

Another meeting is tentatively set for Dec. 13 to provide an opportunity for UNAM and UADY experts to respond to citizen questions, Novelo Dorantes said.

Cristina de León, project coordinator for Parques de Mexico, said the group is actively recruiting volunteers from both expat and local communities to lend time and expertise to the La Plancha project.