By Yucatan Times on December 1, 2016
The governments of Mexico and Canada are entering a new stage in their relationship with the elimination of the visa of the northern country, which entered into force on Thursday December 1 and will increase tourism and the economy of both nations.

In an interview with Notimex, Canada’s ambassador to Mexico, Pierre Alarie, pointed out that the cancellation of the visa will allow 20 thousand Mexicans to join the 24 thousand who visit Canada annually.

He pointed out that airlines are happy because “it is a sign of the strength in the relationship between Canada and Mexico.”

“It has been a very long and difficult road since 2009, I think that as neighbors and partners within NAFTA we had to take this step, and it is a great decision of (Prime Minister) Justin Trudeau, it was a very courageous political decision.”

“It is a feeling of liberation, that is going to eliminate the only important limitation that there was in the relationship between both countries,” said the Canadian diplomat.

In this regard, the head of the General Directorate of Special Affairs under the Ministry of Foreign Affairs (SRE, for its acronym in Spanish), Mauricio Ibarra Ponce de León, stressed that in reciprocity tailored to the Canadian government, Mexico also abolishes this December 1 the visa requirement for Canadians with diplomatic and special passports. 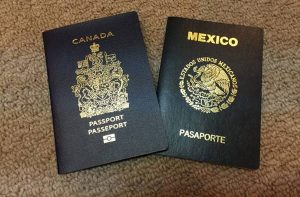 This action, he said, will significantly boost tourism, business, investment and cultural, scientific and academic exchange of short duration.

Ibarra Ponce de León emphasized that this confirms the solidity of the bilateral relationship as partners and allies, and demonstrates the high degree of understanding, the deep bonds of friendship they have forged among themselves, and the excellent moment that lives the relationship of renewal between both Countries.

Mexican citizens must take into account that once the visa is withdrawn, they will need an Electronic Travel Authorization (eTA) to Canada, which process is done online.

In the case of nationals wishing to work or study in Canada, they will still have to apply for a work or study permit prior to their arrival in Canada.