Yucatecan Grupo San Francisco de Asis announced Thursday December 8 the construction of the “Yucatan Industrial Center” (Centro Industrial de Yucatán CIDY), a mixed use space with first-level facilities and logistics, where companies interested in investing in the state will converge.

In the presence of the Secretary of Economic Development (Sefoe), Ernesto Herrera Novelo, businessman Alberto Abraham Xacur said: “This center will be located on grounds bordering the new Yucatecan Brewery, in the municipality of Hunucma, and will have an investment of 2.4 billion pesos ($120 million USD) in the long term and will generate 20 thousand jobs.”

In his turn, the state official said that the realization of this project seeks a sustainable development and is being carried out in accordance with strategic plans for the state’s economic growth.

They estimate that the project in Hunucma will generate 20 thousand jobs.

Herrera Novelo celebrated that the work is built near where the Yucatecan Brewery is built, as this will allow better logistical activities among firms, buyers and suppliers. 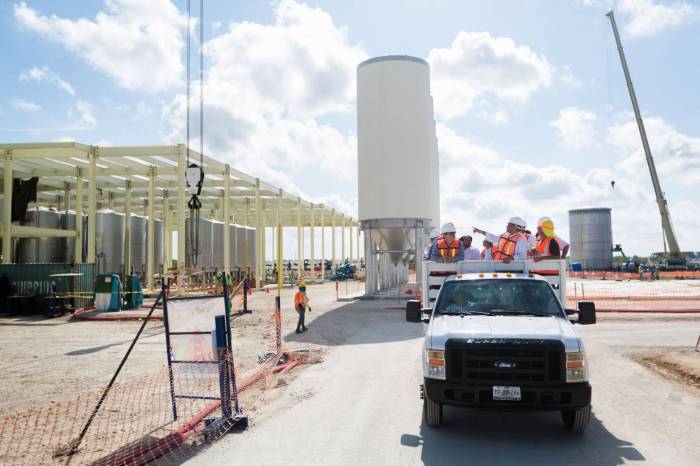 In this regard, Mario Can Marín, president of the Business Coordinating Council (Consejo Coordinador Empresarial: CCE), assured that CIDY will bring large firms working on the subject of supply, and that this industrial park will allow the entity to reach new markets, and to offer competitive prices.

The representative of Grupo San Francisco de Asís said that the project adds to the state government’s reindustrialization efforts by providing world-class facilities in one place featuring first level logistic services and other general industry requirements.

“This industrial park reinforces the strategy to raise the economic competitiveness of Yucatan, through the creation of orderly spaces that favor the arrival of companies seeking quality standards and job creation,” said the member of the Group, Javier Baquedano.

In the 500 hectares area, there will be a business center for conventions and major events. Also, a multimodal transportation terminal, cargo movement, customs, service areas, restaurants, banks and a hotel, as well as other basic elements needed by companies’ executives, their customers, employees, workers and collaborators.

The Yucatan Business Coordinating Council (CCE) said that the start-up of the industries in the Hunucmá industrial corridor next year will trigger better-paid jobs and working conditions that will result in a greater income and purchasing power for local workers.

The president of the CCE, Mario Can Marín, considered that the operations of the breweries, cardboard factories, aluminum and glass plants will contribute to job creation. He added that well-paid employment will continue to be a challenge for the business sector, which means better development opportunities for the population.