AT & T to expand coverage network in Mexico

AT & T’s Chief Operating Officer (COO) in Mexico, Carlos Blanco, said they expect to expand their coverage network to 100 million Mexicans by 2018 and continue the growth registered since their arrival in the country, Notimex reported.

During the opening of a flagship store in Presidente Masaryk Avenue in Polanco, he said that they want to “transform the way people use mobile telephony.” When AT & T arrived in Mexico about 35 percent had mobile phone services.

However, said the director, “today thanks to the dynamics we print through competition, the number of users with this type of services exceeds 75 percent in the country, and is currently the main way of Internet access”.

In that sense, he said that the current capacity of the 4G network allows coverage of 77 million Mexicans, and they expect to reach 100 million by the end of 2018, while analyzing the possibilities of the shared network.

“We want to connect people with their world, wherever they live or work, and can connect through phones and mobile devices, so that people are more productive and enjoy themselves in a deeper way,” said Blanco. 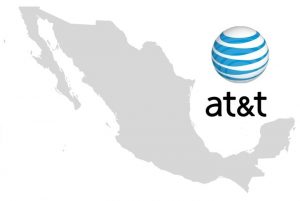 AT & T’s new flagship store in Mexico City is the only one of its kind in Latin America and joins the three units the company has in the United States under this model in the cities of Boston, Chicago and San Francisco.

The new unit has an open sales area, where visitors can use the various teams of technology manufacturers to have a better experience, purchase decision and quality in the service.

It should be mentioned that AT & T has more than 3 thousand points of sale in Mexico, as well as approximately 1 thousand 600 new units, since its arrival in Mexico two years ago.