Snowbirds must not forget to pack sunscreen on their trip south

Growing up in southern Minnesota, the summer days of Raymond Kieffer’s youth were spent baling hay, trimming trees and as a roofer — all of them baking in the sun.

“We didn’t use sunscreen back then,” explains Ray. This is why his wife of 44 years, Susan, was so vigilant to watch for signs of skin cancer on the fair skinned Irishman she fell in love with during dental school.

In 2009 Susan first noticed a mole in the middle of Ray’s lower back that she was concerned about. However it wasn’t until May of 2012 that they saw a dermatologist. Susan had been noting color changes and an irregular shape. Her persistence is what prompted the visit to a specialist who determined it was melanoma and they proceeded with treatment. 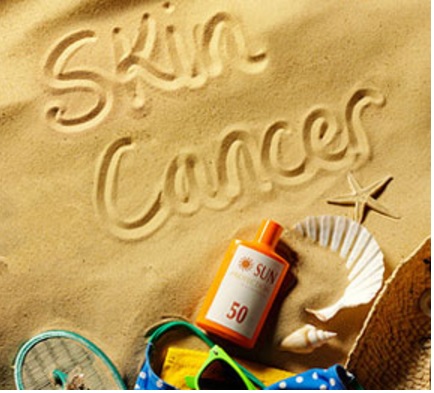 Ray’s journey in battling cancer over the past four years has included medical teams at Essentia, Mayo and Banner, located in Arizona during winters. What stands out to the couple is the ability of these organizations to coordinate his care seamlessly.

“Caring for our patients means offering them choices in treatment options and making it possible for them to experience all life has,” says Raymond’s Oncologist Dr. Aby Philip at the Cancer Center at Essentia Health-St. Joseph’s Medical Center.

Ray’s melanoma cancer has metastasized many times from small lumps in his hip and upper leg; that was removed by Essentia surgeon Dr. Ross Bengtson; to his stomach, pancreas, and spleen. Thanks to new treatment options including an immunotherapeutic drug called Nivolumab, used to control the cancer cell growth, the tumors Ray had are not visible anymore. But Ray knows his cancer battle is ongoing.

The Kieffers want their journey to be understood as a message of hope. “There are continuous advancements in medicine to treat both the cancer cells and the side effects. Working with a team who is aware of these advancements and provides options is key.”

“We can’t say that I am cancer free, but we don’t have fear like we used to either,” reflects Ray. “We have confidence in our care team, each other and our faith. We don’t look too far ahead, but instead look for the positive in each day.”

The Kieffer’s advice to others is to be vigilant with yearly checks by a dermatologist. Catching skin cancer early is important.