Javier Senosiain is a Mexican architect known as a key exponent and explorer of so-called “Organic Architecture”.  Graduated from the School of Architecture of the National Autonomous University of Mexico (UNAM), he develops a style of architecture according to the environment where it is established.

His main influences are Frank Lloyd Wright, Hundertwasser, Gaudí, Rudolph Steiner, as well as nature and Mexican folk art. He is currently professor at the UNAM’s Faculty of Architecture.

The Yucatan Times conducted an exclusive interview with Architect Javier Senosiain, in which he explains how the concept of “Organic Architecture” creates living spaces adapted for the human being, according to its environmental, physical and psychological needs.

Was the concept of Organic Architecture created by Architect Javier Senosiain, or what is its origin?
The concept is created by Frank Lloyd Wright, who stated that “the part is to the whole, as the whole is to the part”. The anatomy of a cow, is not necessarily what we see in the carnage (if you know what I mean).

The organic architecture is the one that seeks the harmony of the habitat of man, with the natural world.

Mexican painter and architect Juan O’gorman once said that “organic architecture” is the one that takes into account the geographic conditions of the place, such as: topography, orientation, views, environment, as well as cultural existing elements.

What is Bioarchitecture, what is its importance?
Bioarchitecture comes from the Greek word bios, that means “life”. It is inspired by nature, it should not be copied, it must be interpreted, to apply its principles in architecture. According to those principles, spaces must be: functional, spatial, structural and formal. Examples would be a bird’s nest; or the shell of a mollusk.

Is organic architecture more about artistic or ecological purposes?
Organic architecture is seen as a whole, it does take into account the artistic aspect, but at the same time, it considers the eco-system, its function, the site, the man, the geography, etc. 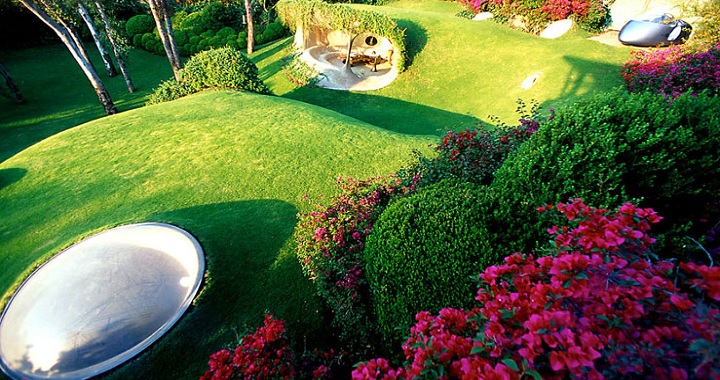 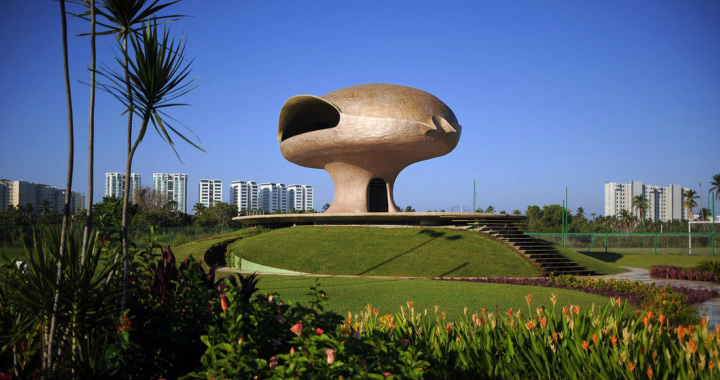 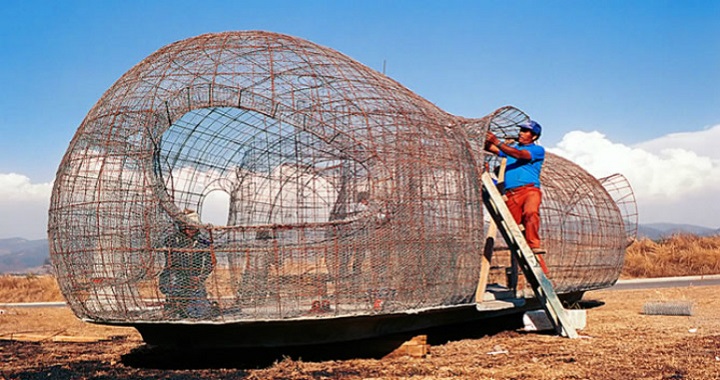 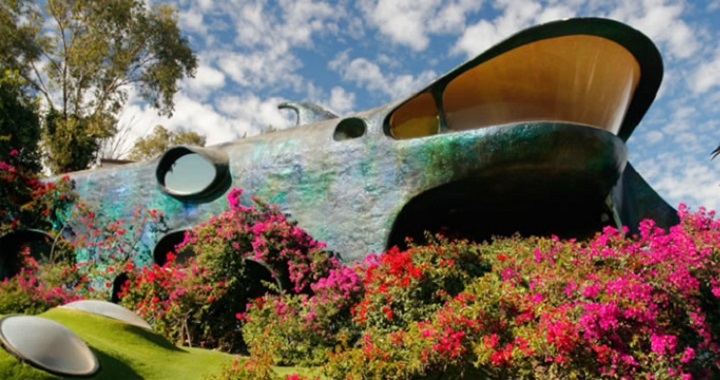 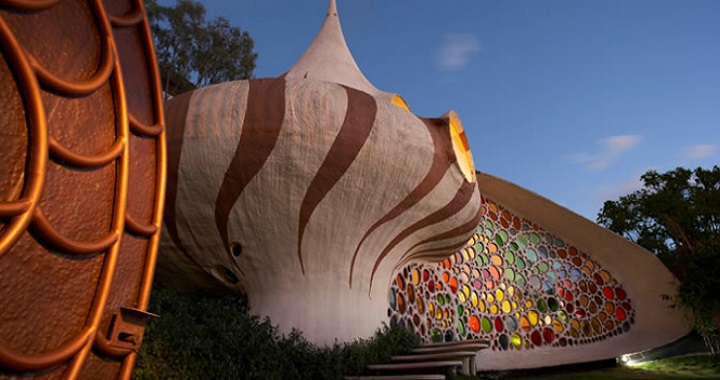 In almost all of your work, we can note the absence of right angles and straight lines, why?
When a child is born, after spending months inside the mother’s womb (which is round shaped), sometimes he or she is placed in an incubator, which is a transparent glass box.

A few days later, he or she leaves the hospital and is taken to a square house, where the parents put their baby inside a crib with wooden or brass bars. Afterwards, the child spends a lot of time in a cuadrangular playpen.

The child begins to crawl, leaves his playpen, passes through the door frame, gets into the kitchen, observes a series of integrated boxes, continues crawling, crosses through another door frame, reaches the bathroom and he or she sees a series of small geometrical patterns on the floor (tiles), then looking at the walls, the infant observes other square forms, same thing when he looks at the ceiling.

He turns his head and the toilet obviously draws his/her attention, basically because it is the only round shaped object in the whole house! That’s why babies many times enjoy playing with the “blue water” .

As he/she continues to crawl, passes through another door frame, reaches the bedroom and sees a bed, pillows, a series of pictures and electricity outlets on the wall, small and large rectangles all over the place.

As time passes by, and this child grows up, he/she opens a drawer and finds a box, opens the box and finds another box. Even on their birthday party, children get little (or big) boxes with a present inside…

What’s going on? That the child from birth is going from box to box throughout his life, until he dies, (where he/she is placed in another box, by the way).

This is the motive or the antithesis, since the natural space of man was, is, and will always be curved. 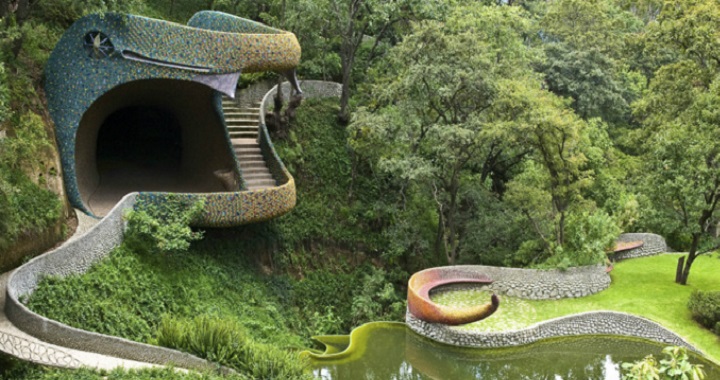 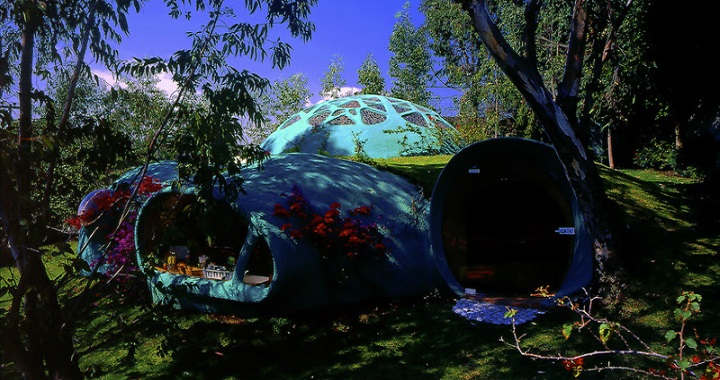 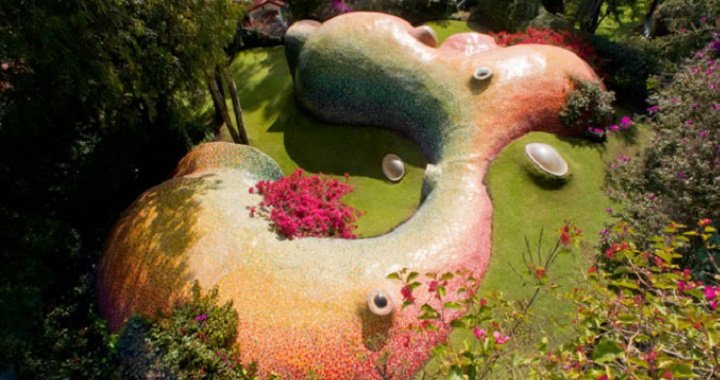 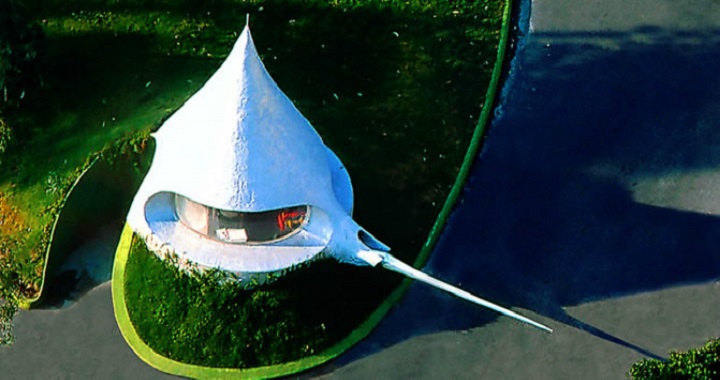 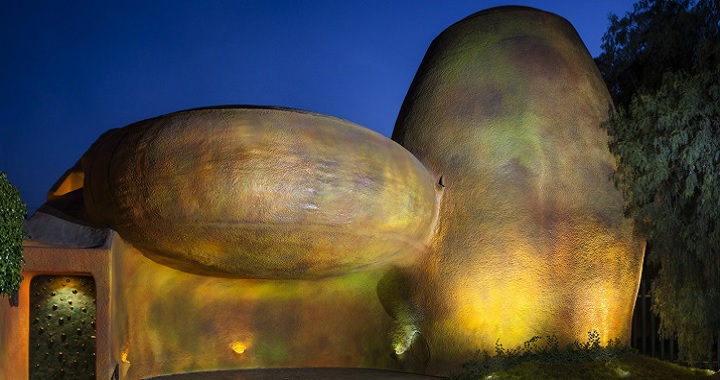 Its antecedent is the “Oasis”, a set in which the housing and the context was analyzed, and an “ecobarrio” (eco-neighborhood) was proposed, with basic services to the center of the neighborhood, the houses are shaped like peanuts, with a surface area of 35 square feet, to which an additional module of 25 square feet can be added. Other models are 120 square feet, such as the “embryo” or the “flower” house.

These units are all connected to a mobility plan and the “eco-pueblo” services, giving priority to pedestrians and cycling, with pleasant green views. At the same time the eco-pueblo is linked to the eco-city which is linked to the “Megalopolis”.

This is the vision of a model to be developed with living spaces integrated to the environment, creating sustainable and interdependent communities, seeking to reconnect the activities that the modern cities have separated.

There is a lot more awareness now about ecology than 50 years ago, but the human race is still very far from eradicating the bad practices that are killing our planet .

In the last 50 years nature has been totally destroyed, more than in the last 500 thousand years.

The time has come to return to nature, to change our mentality. To get rid of the internal combustion car. Give priority to the pedestrian — remember that the man is bipedal, we must give due importance to the use of the bicycle, and to collective non-polluting means of transportation.

Radical changes are needed to regain quality of life in cities across the world, and save the planet.

For more information about Architect Javier Senosiain and “Organic Architecture” go to: www.arquitecturaorganica.com