NAFTA renegotiation would have disastrous impact on U.S.-Canada trade relationship

According to CNN, United States’ NAFTA nemesis is Canada, not Mexico. America and Canada are the world’s largest trade partners, even larger than U.S. and China.

But that U.S.-Canada trade relationship over the years has not been as smooth as you might think. There have been trade wars, acts of retaliation, allegations of dumping and jobs lost.

“Our trading relationship obviously is strong…but the relationship has been rocky, despite the agreements we have in place,” says Stuart Trew, an editor at the Canadian Centre for Policy Alternatives, a research group in Ottawa, Canada’s capital.

President-elect Donald Trump has often slammed Mexico and NAFTA, the trade agreement between the U.S., Mexico and Canada. But Canada is rarely mentioned.

Yet, there have been more NAFTA dispute claims against Canada — almost all by U.S. companies — than against Mexico. Even today, Canada has stiff tariffs against the United States and the two sides only recently resolved a bitter dispute over meat.

Most leaders and experts stress that trade ties between the two nations are strong and mostly positive. But Canada and America have had plenty of battles along the way.

Now Trump wants to renegotiate or terminate NAFTA starting Day 1 of his presidency. 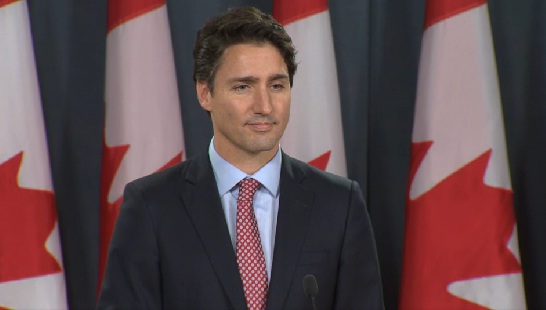 1. Canada gets in more NAFTA trouble than Mexico

Listening to Trump, you might think Mexico is the bad actor of NAFTA. But since NAFTA’s inception in 1994, there have been 35 complaints brought against Canada, almost all by U.S. companies.

There’s only been 22 against Mexico. (By comparison, companies from both Mexico and Canada have filed a total of 20 complaints against the U.S.)

And increasingly, Canada is the target of complaints. Since 2005, Canada has been hit with 70% of the NAFTA dispute claims, according to CCPA, a Canadian research firm.

NAFTA isn’t the only sore area. In 2002, the U.S. slapped a roughly 30% tariff on Canadian lumber, alleging that Canada was “dumping” its wood on the U.S. market. Canada rejected the claim and argued the tariff cost its lumber companies 30,000 jobs.

“It was a very sour point in Canadian – American relations for quite a while,” says Tom Velk, an economics professor at McGill University in Montreal.

The dispute had its origins in the 1980s, when American lumber companies said their Canadian counterparts weren’t playing fair.

Whether Canada is actually breaking the rules is a matter of dispute.

According to the allegations, Canada subsidized lumber companies because the government owns many of the lands where the wood comes from. That subsidy — on top of Canada’s huge lumber supply — allowed Canada to price its lumber below what U.S. companies can charge.

The WTO ultimately denied America’s claim and the two sides came to an agreement in 2006 to end the tariff so long as prices stayed within a certain bracket.

Things got even worse during the Great Depression. In 1930, Congress wanted to protect U.S. jobs from global trade. So the U.S. slapped tariffs on all countries that shipped goods to America in an effort to shield workers.

It was called the Smoot-Hawley Act. Today, it is widely accepted that this law made the Great Depression worse than it was.

Canada was furious, and retaliated more than any other country against the U.S., sparking a trade war.

“Canada was so incensed that…they raised their own tariff on certain products to match the new U.S. tariff,” according to Doug Irwin, a Dartmouth Professor and author of “Peddling Protectionism: Smoot-Hawley and the Great Depression.”