Like many people, Merida expat Jason Buff harbors the dream of directing a feature movie. What distinguishes Buff, a 41–year-old graphic designer who has lived in Merida since 2002, are the concrete steps he is taking to fulfill his dream.

To showcase his skills as a filmmaker, Buff recently completed a polished 3-minute short film that he has uploaded to Vimeo. The short, titled “Nibble,” is an attempt at creating suspense with one actress and one camera, which Buff plans to enter in several film festivals.

Buff said “Nibble” gave him confidence to push forward with efforts to direct and produce his feature, which he described as a “Mad Max”-like suspense-horror film in Spanish with an Apocalyptic setting.

“Today anybody can be a filmmaker, because technology is no longer a problem,” he said, noting that many of us carry around in our pockets cell phones capable of recording high quality video. “But you have to start to learn to tell stories.”

Buff, who moved to Merida at age 27, sees the White City as a good place to develop his film project, since it is home to many aspiring and accomplished actors as well as film technicians and cinematographers. “I think we have the essentials here that can provide the basis for a filmmaking industry that would distribute films worldwide through outlets like Netflix and iTunes.”

While Buff’s love for filmmaking keeps him motivated to progress in his career, his successful graphic design business, Jabu Studio, provides a livelihood for him and his family. 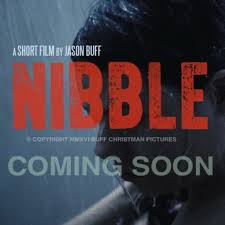 Buff has worked on sets of several feature films in the U.S. and currently operates a website, www.indiefilmacademy.com, which offers articles and podcasts for aspiring filmmakers featuring interviews with established film industry figures.