The Yucatan Times continues its series of exclusive interviews with the members of the International String Quartet of Yucatan. This time we had an interesting conversation with Nadezda Golubeva, cellist, who is from Russia.

“Nadia” (as everybody calls her in Mérida), was born in Kostroma, which is a historic city and the administrative center of Kostroma Oblast, Russia. Kostroma is part of the Golden Ring of Russian towns, that is located at the confluence of the Volga and Kostroma Rivers, 300 kilometers north of Moscow.

One of Kostroma’s most iconic landmarks is the Ipatiev Monastery.

TYT: Please tell us about your childhood and how did you decide to become a musician:

(Nadia talked proudly about her hometown, she took a sip of her tea and continued)

Kostroma is a small city with something like 300,000 inhabitants, back in the times of the Soviet Union there were many music schools there, and in one of those schools I started my first music lessons when I was only 8 years old.

My childhood was very happy, those were good times in the Soviet Union, we had everything. I grew up under the communist regime.

The government detected your talents and skills, and then encouraged you to practice a sport, or an artistic activity, that could be music, painting, dancing, etc.  For example, my mother had 5 children, and we all learned to play an instrument and practiced a sport. I studied cello and practiced track and field, all my brothers learned to play an instrument and were involved in some sport, because that was part of the educational system of the Soviet Union.

First, I wanted to play the guitar, although my real goal was to play the violin, but when I arrived to music school they asked me if I wanted to learn to play cello, and I thought it was a good idea, it was bigger and more powerful than a violin, so I said: “yes, why not”.

Like I was saying, if the school teachers observed that you had a talent, then they started encouraging you to participate in different contests and competitions, this is how I ended up leaving my city, they saw my potential in music and I won some of those regional contests.

When I was younger, I wanted to follow a career in gymnastics but had no potential, it was very difficult to stand out as a gymnast in the Soviet Union.

I always wanted to study piano too, but I specialized in cello, I studied in Kostroma for 8 years. Then at age 16, I went to  the conservatory in St. Petersburg, where I graduated.

TYT: What can you tell us about the end of the Soviet regime and the start of a new era for Russia?:

Times were difficult then, it was the beginning of the Perestroika, so I had to go to the conservatory to obtain my masters degree and work at the same time, that was back in the year 1994.

As part of that great educational system, you were able to learn other forms of artistic expressions such as painting. Just like my good friend Alexander Ovcharov, who is an excellent musician (he is a member of the Orquesta Sinfónica de Yucatán too) and he is also a recognized painter, his work has been exhibited here in Merida and other parts of the world.

While I was still in the conservatory, I was accepted by The St. Petersburg Symphony Orchestra. I played with them in several concerts, made recordings and all kind of feature presentations.

After my third grade at the Saint Petersburg Conservatory, I entered the Mariinsky.

TYT: How did you end up leaving Russia and moving to Mérida?

After completing my studies in the St. Petersburg Conservatory and the Mariinsky, I was actually looking to move to a more quiet place in another country.

My two children were born in St. Petersburg, and me and my husband had many musician friends all over the world.

One of our very good friends was accepted as director at the “Orquesta Sinfónica de Perú” and invited us to be part of the orchestra. We moved to Lima, with our two little kids, but it was not exactly the place where we wanted to raise our family.

And then, we were offered to come to start  the “Orquesta Sinfónica de Yucatan” project, so I came down here to do some “scouting”, and I liked it. Afterwards, my husband and children also came, and once all the family was here, we decided to stay for a couple of years, and give it a try.

As time passed, and I saw that my children were very happy here in Mérida, (they were 4 and 6 when we arrived), two years after our arrival, my kids are studying music, speaking the language, doing good at school, practicing sports and I could tell they loved Mérida very much.

That was 12 years ago. Today, my son was just recently accepted to the UNAM (Universidad Nacional Autónoma de México), and he just moved to Mexico City on his own a few months ago.

TYT: So, I guess we can say that you are staying in Mérida for good, right?

As you can see, I have many reasons to stay here, and one of those reasons is the quartet. As an experienced musician, I find it very interesting to collaborate with the International String Quartet of Yucatan, it is a very rewarding experience, they are all excellent musicians and we have a vast repertoire.

In Russia, I did not have the opportunity to be part of a quartet, because I had to work and study, but now that I am a member of this string quartet, I enjoy it very much.

TYT: How did you come to be a member of the International String Quartet of Yucatan?

Three years ago, I was invited to temporarily substitute for Francisco, who worked with them for several years, then we alternated, and finally I ended up staying for good.

But besides the quartet, I have other labor activities here in Merida, such as the Chamber Orchestra of UADY (Orquesta de Cámara de la Universidad Autonóma de Yucatán); I am also a lead musician for the Chamber Orchestra of the City of Mérida (Orquesta de Cámara de la ciudad); I play for the “Quo Vadis” musical ensemble;  I am a music teacher, and of course I play for the “Orquesta Sinfónica de Yucatán“.

TYT: How do you feel as a a member of the ISQY?

I feel great! My colleagues feel comfortable with me too, and I think that we have a good team, the rehearsals are very harmonious and there is great respect among the members of the quartet.

As you know, we have a new venue, we stopped playing in Xcanatun just a few months ago, and already new doors are opening, thanks to our new management team, we are performing at the Hacienda Santa Cruz de Palomeque, which is a beautiful place, and our next concert will take place on Wednesday November 23, at 7 pm. 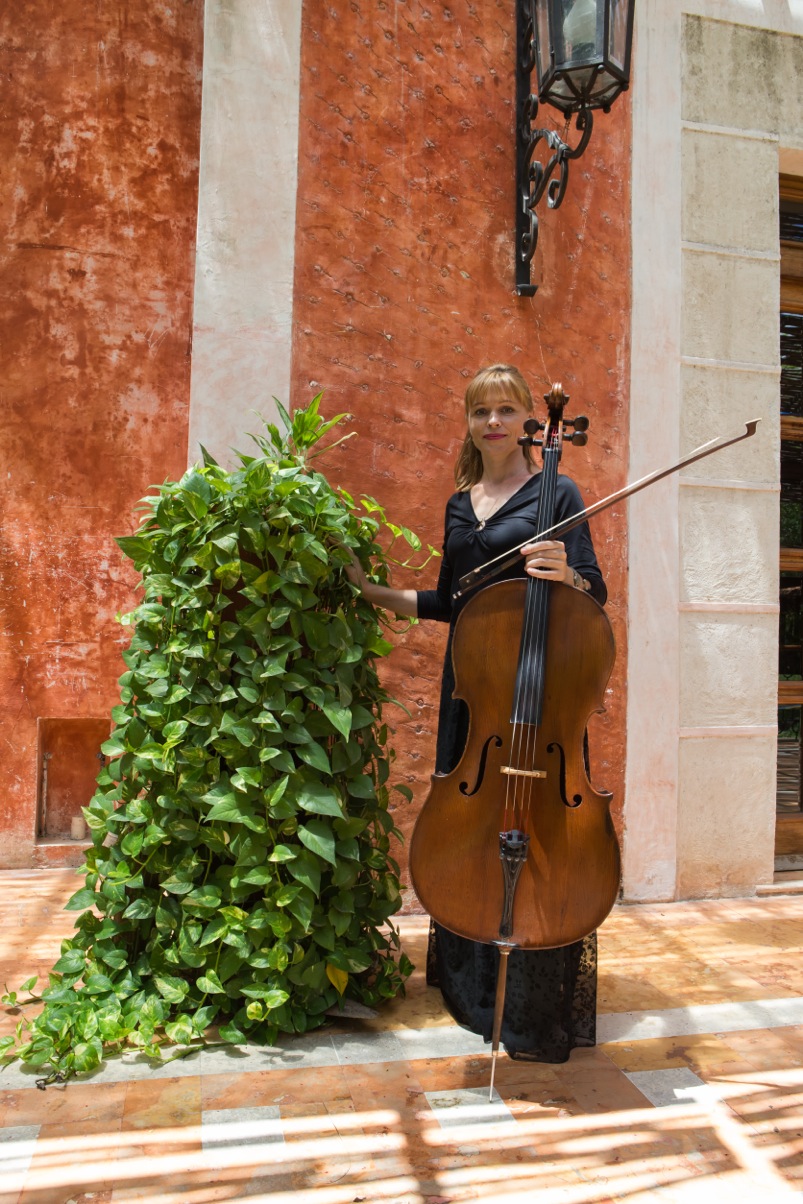 It is exciting to see that people is looking forward to attend the concerts, people in Merida (both locals and among the expat community), are growing fond of chamber music and we are seeing new faces at the concerts every month.

And to finish this conversation, I want to thank The Yucatan Times for publishing these interviews with the members of the International String Quartet of Yucatan, because this way people can get to know us a little better, learn about our background as musicians and appreciate our work.

Don’t miss our next concert!

For more information go to: http://www.isqy.mx/

Check out the interviews with the other three members of the International String Quartet of Yucatan: