The Houston Texans will travel south to play the Oakland Raiders in Mexico City at Azteca Stadium on Monday November 21. It’s a relatively short flight for the first-place and reigning AFC South champions.

The NFL along with Texans owner Bob McNair and team president Jamey Rootes are hoping to grow their brand in Mexico where the most popular sport is overwhelmingly soccer, but there is a great interest and tradition in “Futbol Americano”, or “American Football”, as the sport is widely known in Mexico.

“We’re excited about that,” Texans coach Bill O’Brien said. “I know that Mr. McNair and the NFL feel strongly about international play. It’s a pretty short trip for us. We know we’re going to have a lot of fans down there, which is great for our team and our organization. 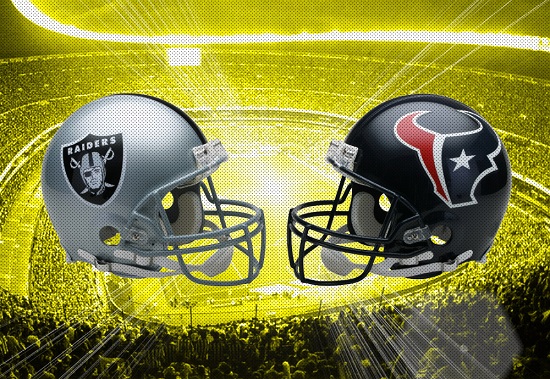 “I think it’ll be great to go down there and play an international game in a very, very famous stadium with a lot of tradition. I know there will be a lot of people there and we’re looking forward to it.”

Previously, NFL games have drawn large crowds. A Dallas Cowboys-Oilers preseason game in 1994 drew 112,376 to the Mexico City stadium. A San Francisco 49ers-Arizona Cardinals regular-season game in 2005 had a crowd of 103,467.

But what makes this game so special is the fact that it is the first “NFL Monday Night Football” regular season official game ever to be played outside the United States, and that Mexico was chosen for this historic event.

O’Brien didn’t express concerns about the logistics of the game. The Texans have been preparing for several months for the game with team officials traveling to Mexico City to make preparations.

“I would say there’s challenges to every road game, you know, just because the routine is a little bit different,” O’Brien said. “The challenges of going there relative to going to Jacksonville or somewhere else, other than maybe having your passport ready, it’s all pretty relative.”

What Bill O’Brien probably does not know, is that the Oakland Raiders is one of the NFL teams with the largest number of fans in Mexico. And most of the more than one hundred thousand spectators at Azteca Stadium, are going to be cheering for the “Bad Boys” on Monday.

Mexico City’s Chapultepec Park will host a free admission, family-friendly festival leading up the game. The Fan Fest is open Saturday and Sunday from 10 a.m. to 6 p.m. and Monday from 10 a.m. to 3 p.m. ESPN will anchor its Sunday NFL Countdown show from Chapultepec Park with Chris Berman, Trent Dilfer, Matt Hasselbeck, Randy Moss and of course, Charles Woodson, all on site.

Here’s a list, provided by the Oakland Raiders, of the events they will be involved in at the Fan Fest:

• 3:00-4:00: Linda Del Rio will lead the Jack Del Rio Foundation’s donation of backpacks, school supplies and playground balls to underserved children. In addition, a $10,000 check will be gifted to Mano Amiga from the Del Rio Foundation and NFL Mexico and toiletry kits will be provided to the parents within Mano Amiga. The Jack Del Rio Foundation is also donating $8,000 to Mano Amiga for the purchase of athletic uniforms. In addition, the Oakland Raiders will host a free youth football clinic geared towards boys and girls. *Local students will participate in activities that encourage physically active lifestyles year- round. *Pre-selected kids only, not open to the public. (Tochito Field)