The Mexican airline Volaris reported that it reached the figure of 65 million passengers transported since its creation in 2006.

The commercial executive director of Volaris, Holger Blankenstein, said that the number of passengers carried “is a reflection that our strategies of low rates, flexible schedules, extra services and point to point connectivity have generated excellent results”. 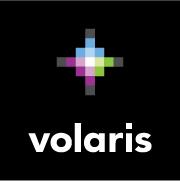 In just the first eight months of 2016, the company has transported 9.4 million customers, Notimex reported.

The airline said in a statement that it has 155 routes to 65 domestic and international destinations, with a fleet of 64 aircraft with advanced technology and a low-cost business model.

Among many other destinations in Mexico, the U.S. and Central America, Volaris serves Merida, Cancun and Chetumal.