Texaco to open gas stations in Mexico along with FullGas

The chain of gas stations FullGas seeks to bring the Texaco brand to Mexico for the second half of 2017, with the transformation of its service stations to comply with the most efficient technology, Notimex reported.

The company director, Sebastian Figueroa, said that FullGas currently has 50 gas stations in Mexico and 10 more under construction, plus 30 distributed in Guatemala and Honduras; however, in the medium term they seek to increase their presence in the country and reach 200 units.

According to the businessman, at this time the company is in a process of market research, profile valuation of current gas stations and those under construction, to see which ones qualify to represent the Texaco brand, and those who do not meet standards will remain with Pemex.

“We believe that Texaco can compete strongly and especially many (entrepreneurs) are (recognizing) the price, economies of scale, which will be important, but the technology will make a turning point in open markets,” he claimed. 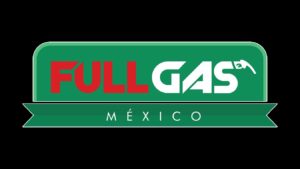 He said that the technology that the company has is a benefit, since it has the highest quality fuel due by low sulfur, high-tech, which aims to impact the market.

In addition to the entire supply chain that Chevron will implement, Texaco matrix, in the short or medium term in the country, it will allow them to have a first-tier supplier and also efficiency in the supply chain, giving a good result in the price.

“I know that (Chevron) is working very hard in the area of infrastructure, they have two refineries nearby, so I guess they are working to see what the best option for gasoline imported into Mexico is and will be settling in the short or medium term,” Figueroa said.

The FullGas director said that the first unit in the State of Mexico will open in November, which would begin its expansion to the central region of the country, one of the markets with the highest demand for fuel.

Sebastian Figueroa said his strategy to face the new market is focused on customers and in providing the best possible treatment in their service stations, according to the locations.