According to Am.com.mx news website, on Saturday, October 22, foreign resident of San Miguel de Allende Rouhollah Shirazi, an English teacher at different schools in the municipality, was reported missing.

Unfortunately, “Professor Rugi” as his students used to call him, was found dead near Libramiento Manuel Zavala, in the outskirts of San Miguel, on Sunday October 30, around 8:40 am.

Carmen Gonzalez, wife of the deseased, said she filed the missing person report before the Public Prosecutor (Ministerio Público) of San Miguel de Allende on Saturday October 22; however, she was told the investigations could not begin until 72 hours after the report is officially made, so Carmen took to the streets herself to distribute her husband’s photograph.

Sixty two year-old Shirazi, originally from Iran, 1.80m tall, slim build, was wearing blue trousers, huaraches and gray shirt. According to his wife, the man suffered from functional brain disconnection. “When his brain got disconnected, he used to speak his native language “farsi“, not English or Spanish”.

Rouhollah Shirazi’s body was found in a relatively advanced state of decomposition, on Sunday October 30, at 08:40 am, in an empty lot near Libramiento Manuel Zavala, municipality of San Miguel de Allende. 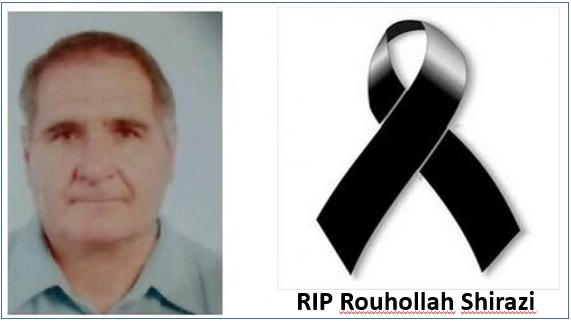