The spectacle of bullfighting continues in Merida, with the 2016-17 season having just opened Sunday Oct. 23 at the stadium in Colonia García Ginerés. But there are clouds on the horizon, of course. The animal-rights demonstrators who appear at the Plaza de Toros during most bullfights represent a growing movement making the sport’s future uncertain in Yucatan and the rest of Mexico.

In the meantime, the stately stadium with its steep banks of unforgiving concrete seats continues to provide a fitting venue for this mortal drama. The sights and sounds of the four-hour event flood a neophyte spectator’s senses. 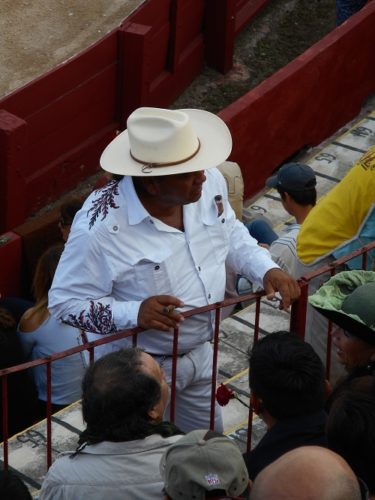 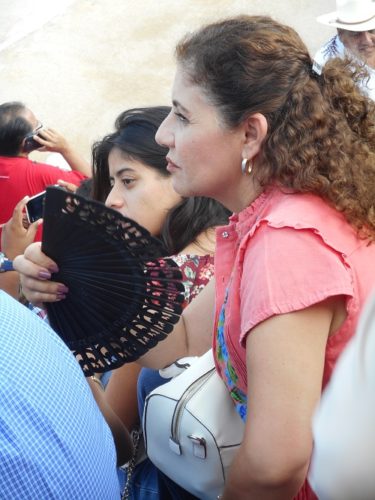 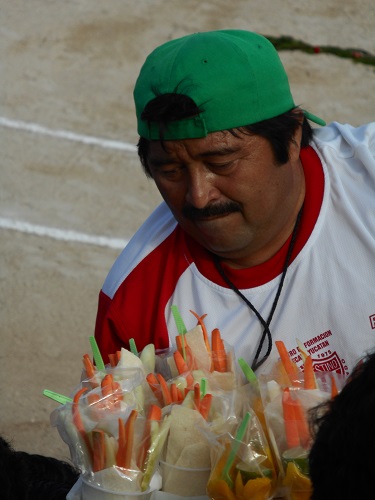 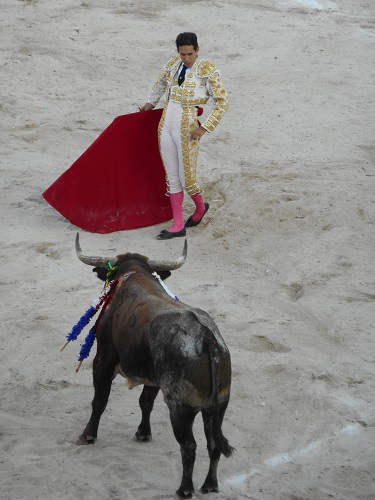 As the stadium fills, vendors hawk all types of snacks and drinks as they scramble up and down the stands, somehow squeezing their bulky frames and heavy loads of delectables between the tightly packed fans.

Groundskeepers put final touches on the white sand of the ring as the legion of supporting characters in colorful outfits assemble in and around the pit, awaiting the arrival of the central actors in the drama.

Seated in the top row, a group of a dozen musicians play the traditional melodies of Spanish and Mexican bullfighting songs as spectators clap and sing along. After long stretches of quiet, shouts of “musica!” rouse the musicians to life with more tunes. 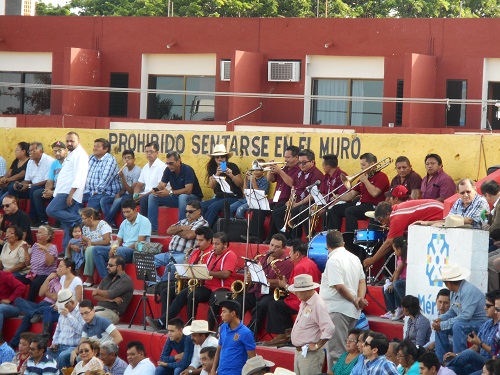 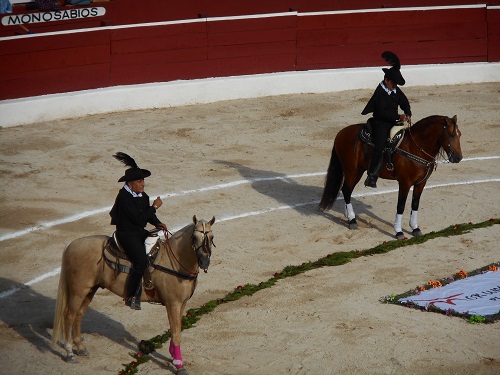 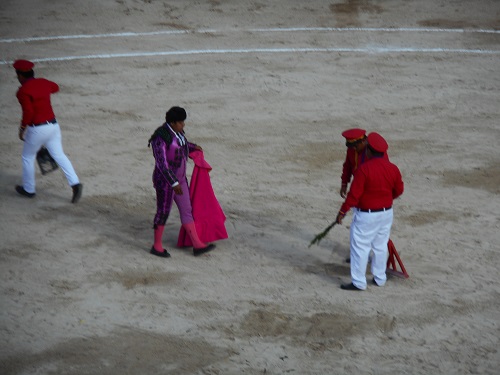 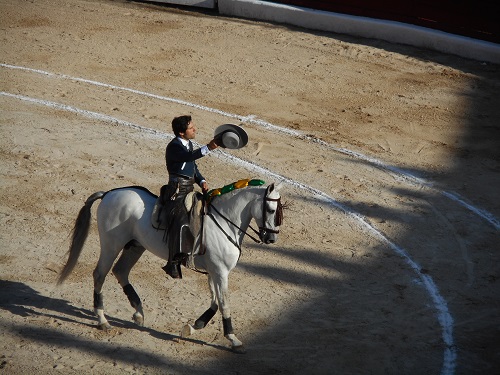 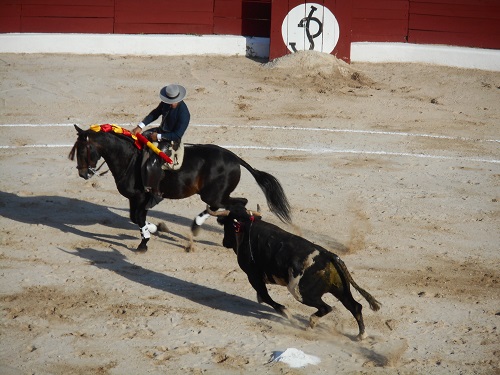 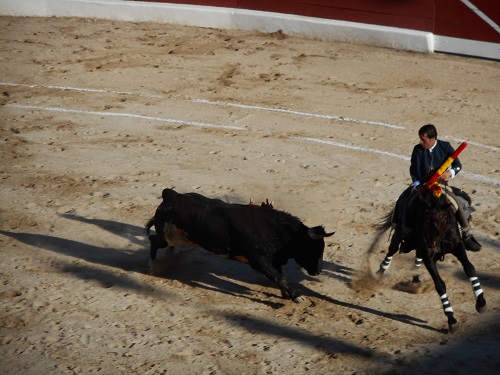 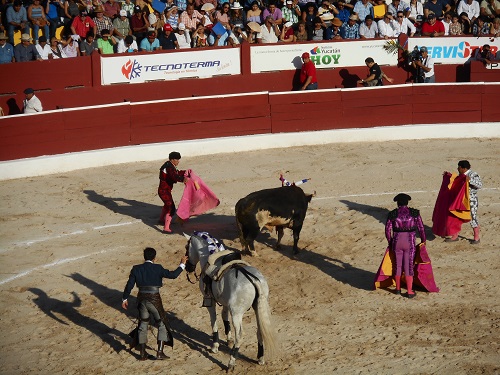 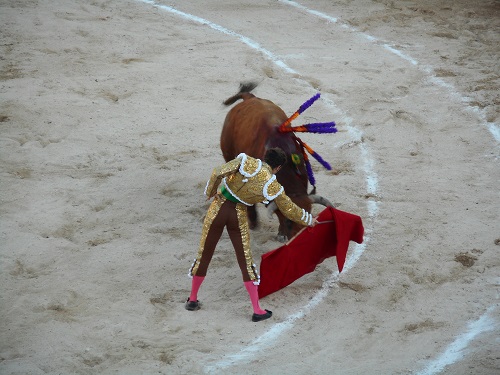 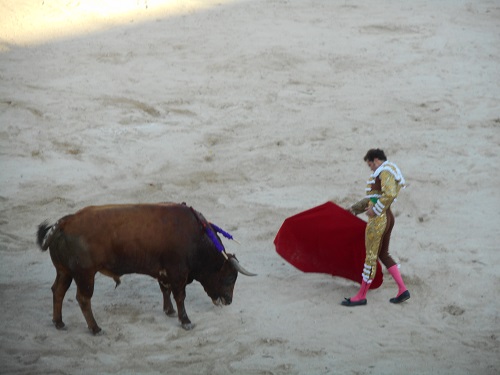 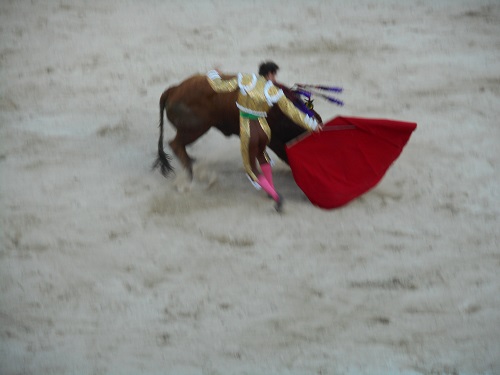 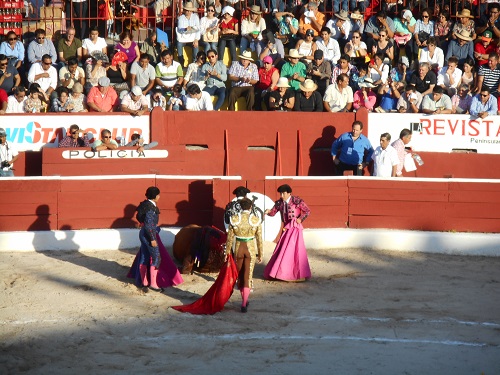 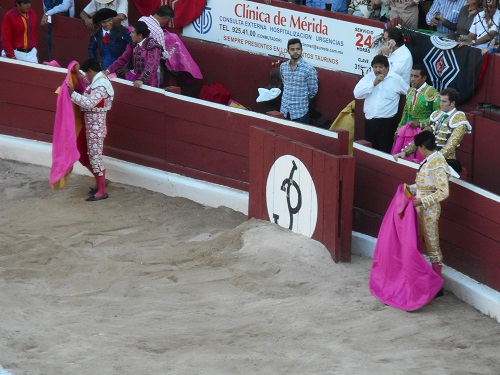 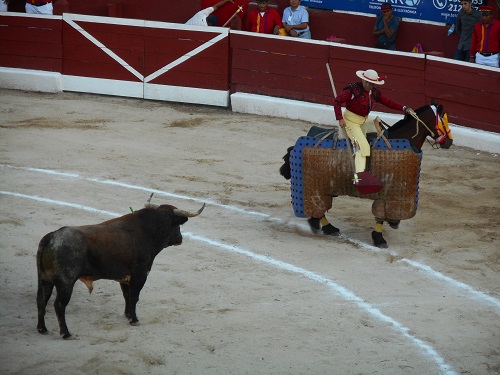 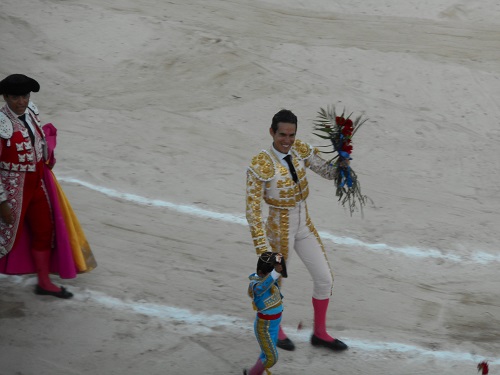 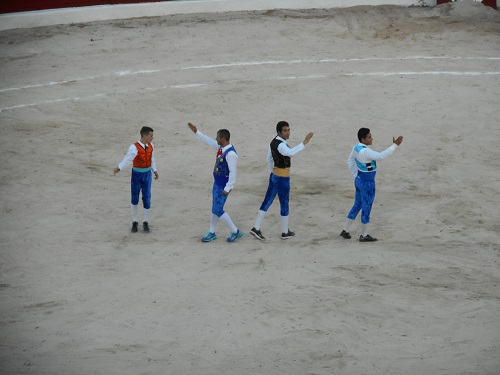 The first bull storms into the ring to face a horse-mounted rejoneador. His impeccably groomed and trained horse somehow manages always to stay a hair’s breath ahead of the bull’s horns. After the bull is dispatched, the horse prances in time to music like a dancer.

When the matadors arrive in their golden suits and mauve capes, the crowd’s attention is riveted on their performances. Fans gasp and groan when a matador stumbles and falls only a few yards from the bull. Then they applaud thunderously and wave swirling white kerchiefs when he finally puts the bull to rest.

A picador’s horse is upended by a bull and lands on top of his rider. After several moments of feverish activity, a half-dozen helpers manage to free the rider, and he gamely remounts his horse.

Four Spanish recortadores, youths whose gymnastic abilities could rival an Olympian’s, literally leap and fly through the air, their outstretched bodies skimming the deadly horns of the charging bull. These fearless performers prompt a standing ovation from the crowd.

The morning following the corrida, the Plaza de Toros is quiet. Pigeons roost in its upper-level eaves, while a solitary cat prowls the topmost wall. It will remain this way until Dec. 11, when another corrida is scheduled. Once again, the stadium will come to life with the controversial spectacle that is a bullfight.