Joint statement of U.S. and Mexican governments on human rights

The text of the following statement was released Thursday Oct. 27 by the Governments of Mexico and the United States of America on the occasion of the 8th Annual U.S.-Mexico Bilateral High Level Dialogue on Human Rights.

Authorities from Mexico and the United States participated in a frank and constructive dialogue regarding issues of mutual interest in the field of human rights, both at the bilateral and multilateral level.  During this year’s meeting, both countries stressed their commitment to strengthen cooperation, reaffirm joint values, and continue to work in the effective promotion and protection of human rights.

During the dialogue, Mexico and the United States exchanged points of view on the work of the relevant organs of the United Nations (UN)—including the Human Rights Council and the General Assembly—and of the Organization of American States (OAS), in order to strengthen their relevance for addressing global and regional challenges in the field of human rights as well as to promote democracy in the Western Hemisphere.

At the meeting, Mexico and the United States reviewed issues such as international migration; the human rights of LGBTI persons and the fight against discrimination based on sexual orientation or gender identity; and the protection of vulnerable groups such as child migrants.  Both countries also discussed the need to find sustainable solutions to the financial situation of the organs of the Inter-American System. 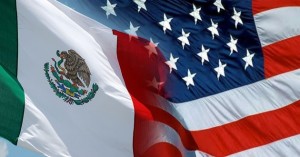 A wide bilateral agenda was also discussed during the dialogue, including issues such as the death penalty and consular notification; the human rights of migrants and the use of force at the border; and the improvement of police practices and the criminal justice system, particularly with regard to the treatment of minorities.  The two governments discussed actions to prevent and eradicate torture and forced disappearances and to protect human rights defenders and journalists, noting the important work of civil society in addressing human rights concerns.  Both sides agreed to the importance of successful investigations leading to prosecutions of individuals engaged in crimes such as torture and forced disappearances.  In addition, both governments recognized Mexican government efforts to ensure the establishment of the follow-up mechanism for the Iguala case in response to recommendations by the Inter-American Commission for Human Rights.

Both delegations reaffirmed the importance of cooperation with international human rights mechanisms, including the Office of the UN High Commissioner for Human Rights, as well as giving adequate attention to recommendations issued by such bodies.

Finally, on this occasion both countries shared their efforts in response to the challenges presented by international migration and asylum seekers. They reaffirmed the need to work together to follow up on their commitments from the 71st session of the General Assembly in September—particularly in working toward the adoption of a global compact for safe, ordered, and regular migration in 2018.  In addition, both sides acknowledged the leadership of President Barack Obama in convening the Leaders’ Summit on Refugees.  The Summit, which was co-hosted by President Peña Nieto, illustrated the importance of multilateral actions and concrete commitments in addressing the global challenge of responding to the needs of refugees.

The United States Delegation was co-led by Roberta S. Jacobson, Ambassador of the United States in Mexico and Tom Malinowski, Assistant Secretary of State for Democracy, Human Rights and Labor.  The delegation included Michael G. Kozak, Deputy Assistant Secretary of Democracy, Human Rights and Labor; John Kreul, Principal Director for Western Hemisphere Issues, Department of Defense; Colleen Hoey, Director of the Office of Mexican Affairs in the Department of State; as well as officials from the Embassy of the United States in Mexico.