WASHINGTON — The International Monetary Fund (IMF) said that the performance of the export sector will make Mexico’s economy grow this year at a rate of 2.1 percent, Notimex reported.

The fund cut by four-tenths of a point its July projection for this year and three-tenths for 2017, when it anticipates a slight recovery with growth of the Mexican economy of 2.3 percent.

The decline in external demand added to other factors contributed to cut growth projections, including the poor performance of the manufacturing sector in the US and the slowdown in its economy.

“Low oil prices for two years have clearly had an effect on projections of Mexico,” the chief of the division of economic studies at IMF, Oya Celasun, said at a press conference. 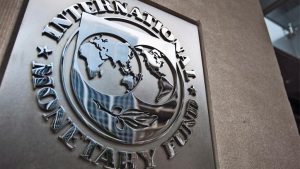 In its World Economic Projections report, the IMF said the projection of growth in Mexico “is due to the weak performance of exports during the first half of this year.”

In the document released in advance of their annual fall meeting, the fund said a moderate acceleration is expected in 2017, as demand for exports recovers, and reach rates of 2.9 percent,” once the reforms begin to take shape.”

Celasun said the downward revision in projected US growth was another factor that affected forecasts of Mexico.

“In the US, the manufacturing sector has been performing below their potential in relation to the rest of the economy and that has also had a direct impact on the projection of Mexico,” she said.