Happier Women Credited To The Yucatan’s Discovery of Chocolate

Do you love chocolate? For me, a piece of chocolate can be the magic relief for a headache or that sweet indulgence late in the evening. A recent visit to the Yucatan’s Ki’Xocolatl, a chocolate museum, had me pondering placing a piece of their chocolate on my pillow every night, and wondering who was the Mayan Goddess of this pure art form?

The origin of chocolate dates back to the Maya of the Yucatán. This region can be credited for making women on earth happier by gifting chocolate to neighboring Aztecs and Spanish Conquistadors. Over 2,500 years ago tribes idolized cacao beans as a gift from the God, so sacred they were used as currency.

The origination of the term “cacao” (kakaw) comes from the Olmecs, who predated the Maya, according to the Choco-Story Museum at Uxmal. However, chocolate begins with the Mayans.

Hieroglyphics, relics, and ornate details on Mayan Pyramids such as Chichen Itza pay homage to cacao. Mayan chocolate is a mixed drink of ground-up cacao with chile, vanilla and other spices, named chokoh.

When Spanish conquistadors encountered the Aztec version of chokoh,”xocolatl”, they were repulsed, calling it “a bitter drink for pigs.” Yet, they took it back to Spain, and chocolate made history. A new delicacy was born when sugarcane was added to the hot drink, and it quickly spread throughout European countries. Chocolate became a craving and aromatic to the senses, captivating all those who encountered it.

Producing only 2% of the world’s cacao beans today, the Yucatán’s history as the foundation of all things chocolate is being revived by Ki’Xocatl. Its chocolatier’s from Belgium, Mathieu Brees and Stephanie Verbrugge, sought to find true chocolate, tracing its roots to Mexico’s Yucatan Peninsula.

Marrying traditional Maya practices with modern techniques, Ki’Xocatl is helping to rekindle Mérida as a world class destination for chocolate. Using 100% criallo cacao, it is one of the most desired bean to bar chocolates in the world. The process used at Ki’Xocatl is a 3,800 year old tradition.

From spirituality to sensuality (try the Chocolate Spa Experience at Rosas & Xocolate Spa), breathing the scent, savoring the taste, and feeling of texture, Mexico’s chocolate carries depth and is appreciated in many forms.

A critical part of Yucatecan history given a breath of new life, I believe there has always been a Goddess watching over its destiny.

Visit the Ki’Xocolatl museum on the steps of Uxmal, or purchase chocolate goodies such as bars, shampoo and hot cocoa at their Mérida location in Santa Lucia park. 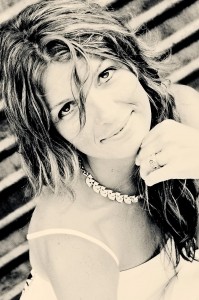 Miranda Allfrey is a travel & lifestyle writer, cancer survivor, and speaker. Her captivating storytelling adds magic to destinations, cuisine, experiences, products, culture, and health. With a global awareness and passion for life & cloudsurfing (aka flying), she is the perfect brand ambassador. To learn how she can help your company surf to the top, click here: Work with Miranda.